Offered through Driver Source, the 430 hp restomod includes an amenities chest made with wood from an 1887 farmhouse.

The boxy appliance known as the first-generation Range Rover Classic, produced from 1969 to 1996, was a design mostly frozen in time and, until 1981, was only available as a two-door model. Not to be confused with the original—and truly primitive—Land Rover (and certainly not with today’s six-figure luxury Range Rovers), the Classic was still a no-frills, vinyl-clad vehicular pack mule with all the utility and charm of a laundry-room sink.

Its ascetic aesthetic, like the early Ford Bronco or Volkswagen’s Thing, has become today’s expression of high style. But would a little luxury be such a bad thing? Lavishly appointed Defenders, G-Wagons and Broncos have been trading as hot commodities for years, and similarly, a modern Range Rover Classic makes perfect sense, given the vehicle’s timeless utilitarian look. 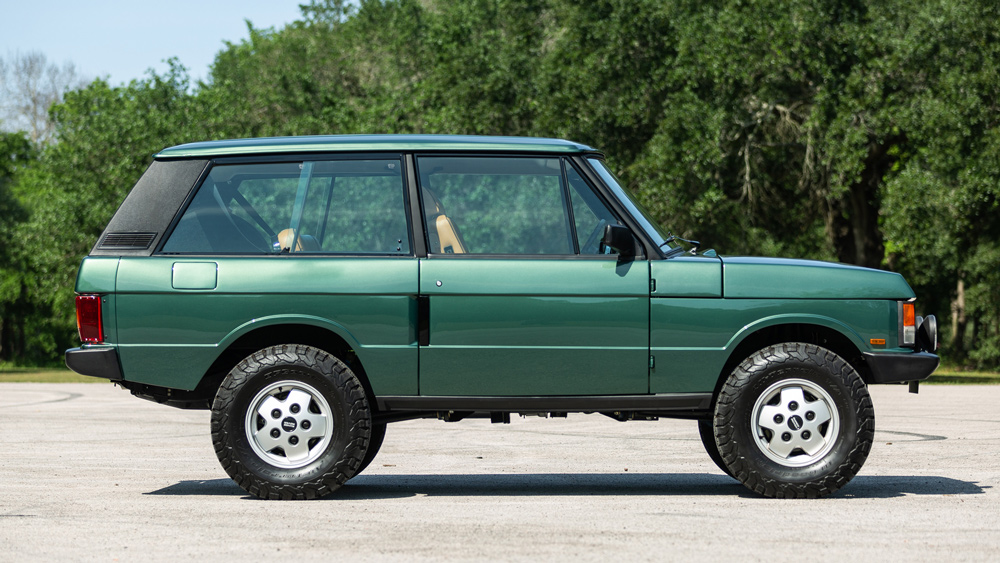 This restomod, built from a 1991 model, was commissioned at a cost of more than $100,000 from Legacy Overland of Greenwich, Conn., in 2018. Additional improvements were recently performed by Driver Source. Of course, some things aren’t broke, and have no need of fixing. The Classic’s ladder chassis and body-on-frame design is as old as the motorcar, and a good platform for this example’s significant upgrades. 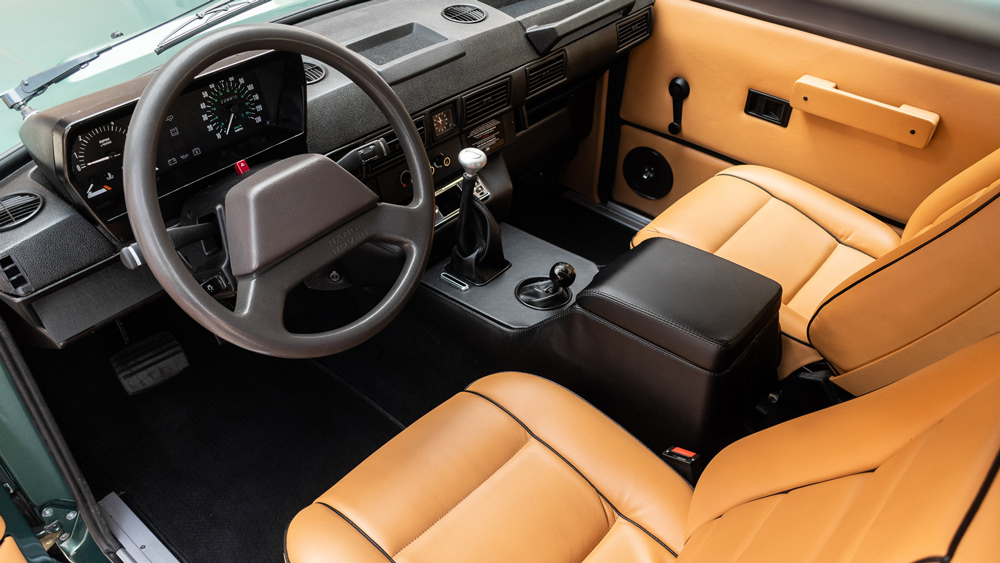 The original Classic was powered by a Buick-designed, 3.5-liter V-8 engine, a modest performer that made do with only about 135 hp. Replacing the original aluminum mill is GM’s LS3 crate engine—a 6.2-liter, 430 hp V-8 that transforms the mule into a quarter horse. The transmission is a GM four-speed automatic, spinning an LT230 transfer case. Also benefitting this retro-chic transport are Automatic Torque Biasing (ATB) limited-slip differentials and heavy-duty axles. Suspension has been bolstered with Old Man Emu heavy-duty springs and shocks, while the five-spoke Range Rover alloy wheels have been restored to maintain the Classic’s original look. And further lending to the correct period signature of the package are Hella Rallye 1000 spot lamps. 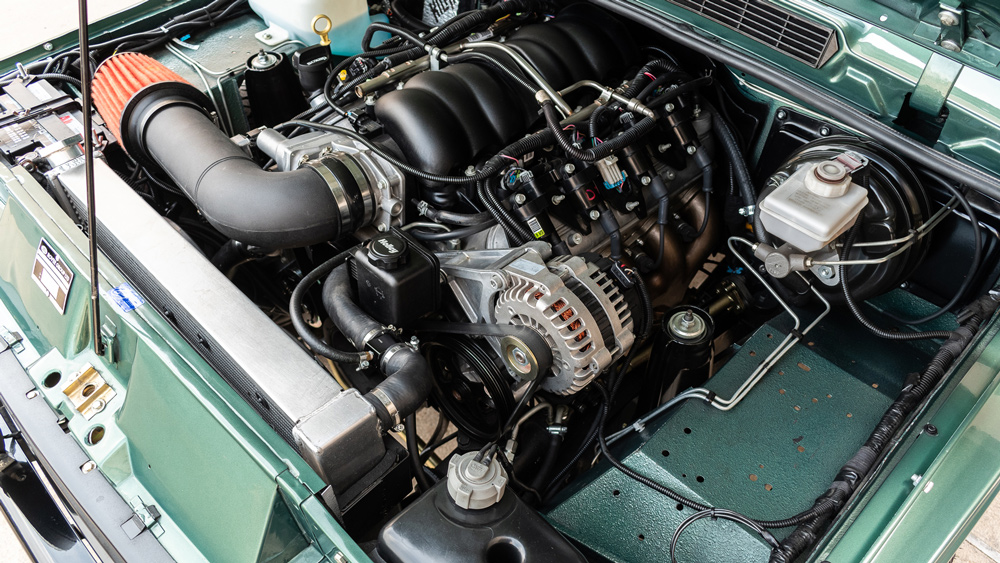 The Rover’s dark-metallic Jade Green paint gleams like a brilliant tropical jewel beetle, complemented by upholstery in a combination of saddle and black leatherette—a nod to practicality. When a soundtrack of Beethoven is called for in the outback, the Jaguar Land Rover Classic infotainment system—looking like a correct-for-the-period Becker radio with Bluetooth—drives uprated speakers. 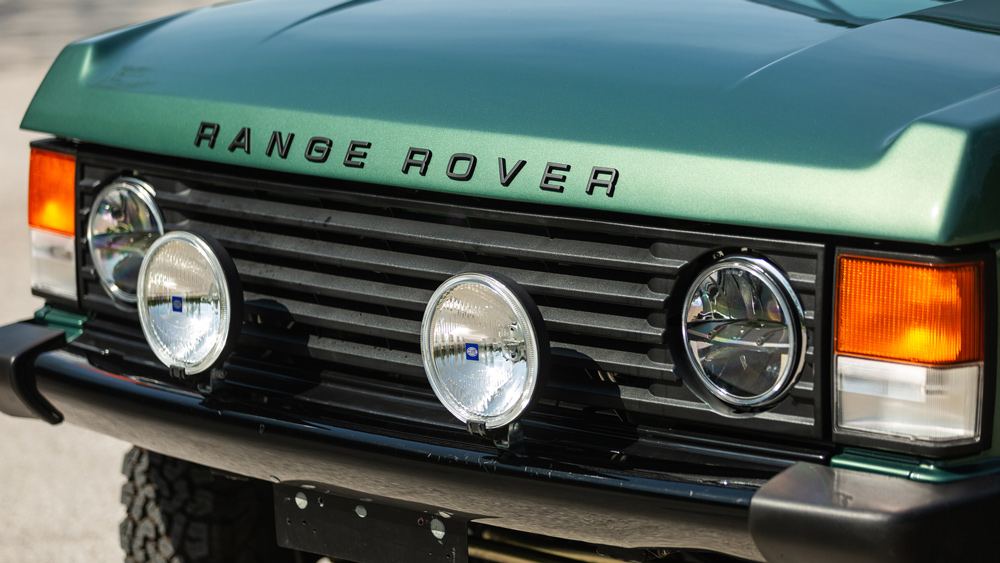 Lest anyone forget that this is a real SUV intended to get dirty, protective rubber floor mats serve as a reminder. There’s also a custom campaign box (complete with Scotch, glasses, cigars and accessories) made out of reclaimed White Pine from an 1887 Michigan farmhouse—a final flourish to this very civilized Resto-Rover now available through Driver Source for $165,000.