Although pricing has not been disclosed, the commemorative roadster will be limited to a maximum of 60 examples.

Jaguar’s latest model is a breathtaking reconstruction of the iconic C-type, a Le Mans–winning car of the 1950s that also smashed the 100 mph average speed record during the grueling 24-hour race in 1953. The British automaker’s Classic division has been charged with making up to 60 continuation examples of the open-top two-seater, dependent on demand, in honor of its 70th anniversary.

Jaguar’s fourth Continuation model after the Lightweight E-type, XKSS and stunning D-type, the new C-type will be unveiled to the public at the prestigious Concours of Elegance at Hampton Court Palace in London on September 3, although pricing has not been disclosed. Prior to the unveiling, Robb Report was given a sneak preview of the limited-edition collectible at Jaguar Classic’s headquarters near Warwick in the UK. 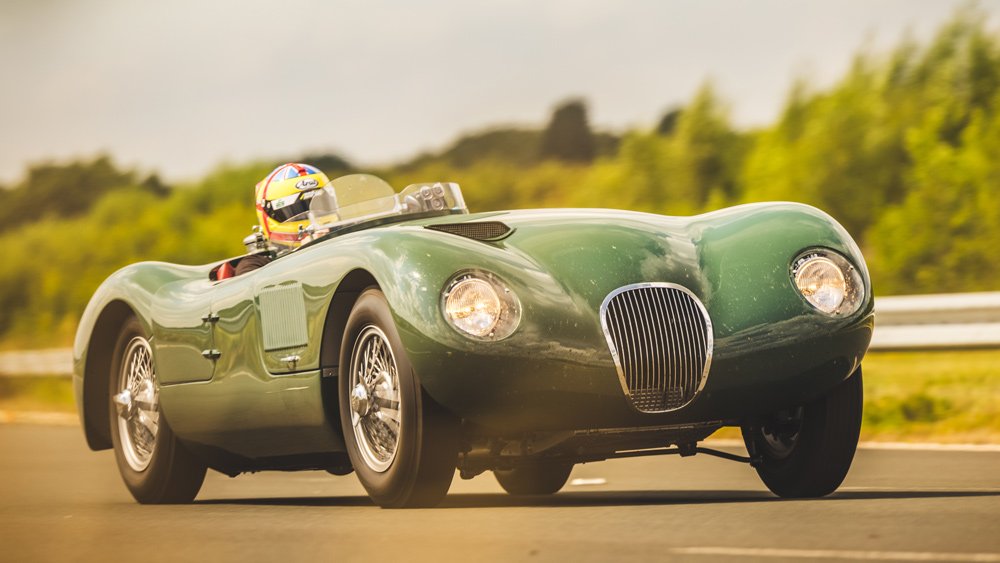 While images of the car show a svelte, sculpted beauty that would grace any collection, the C-type Continuation looks even more amazing in the metal. The fluid and aerodynamic shape was originally penned by designer Malcolm Sayer, who was recruited by then Jaguar boss Sir William Lyons to create one of the most import vehicles in the marque’s history. 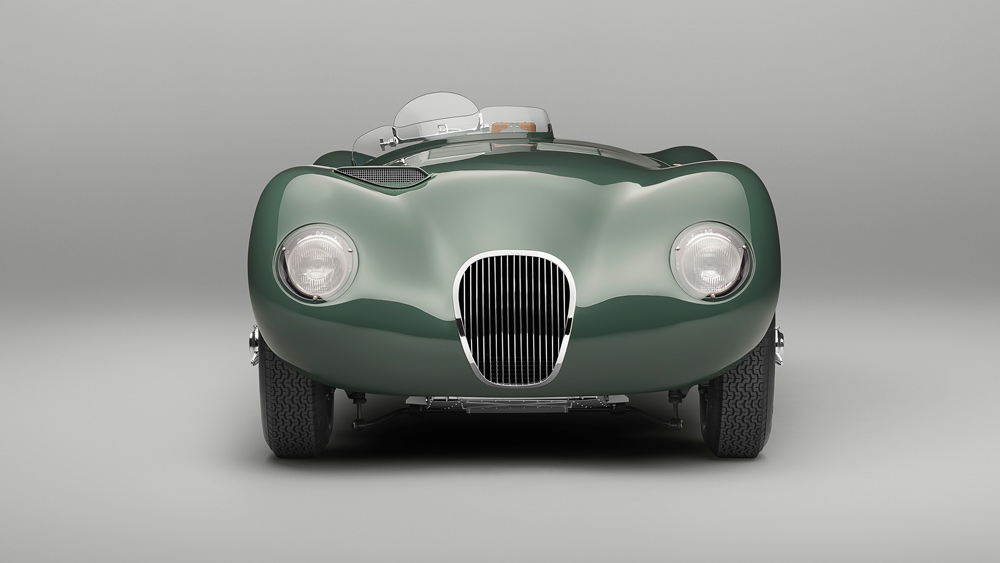 The car’s fluid and aerodynamic shape was originally penned by designer Malcolm Sayer.

Set on gleaming, chrome wire wheels, the continuation examples reflect a remarkable attention to detail. And everything has been faithfully recreated, from the Lucas fuse-box cover to the unusual brackets on the brake-fluid reservoir. 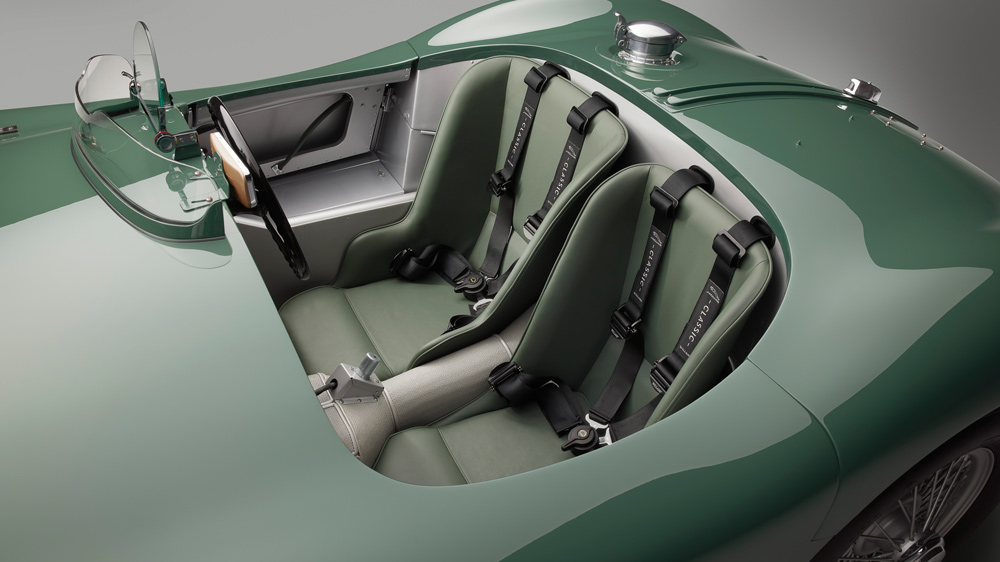 The new open-top two-seater is a continuation of one of the most important model’s in Jaguar’s history.

Exhaustive research was conducted into the C-type’s illustrious history, and each car will be hand built from original drawings, with construction relying on a combination of period techniques as well as 3-D CAD design. For further authenticity, Jaguar’s original sales ledger of more than 2,000 parts was also consulted. 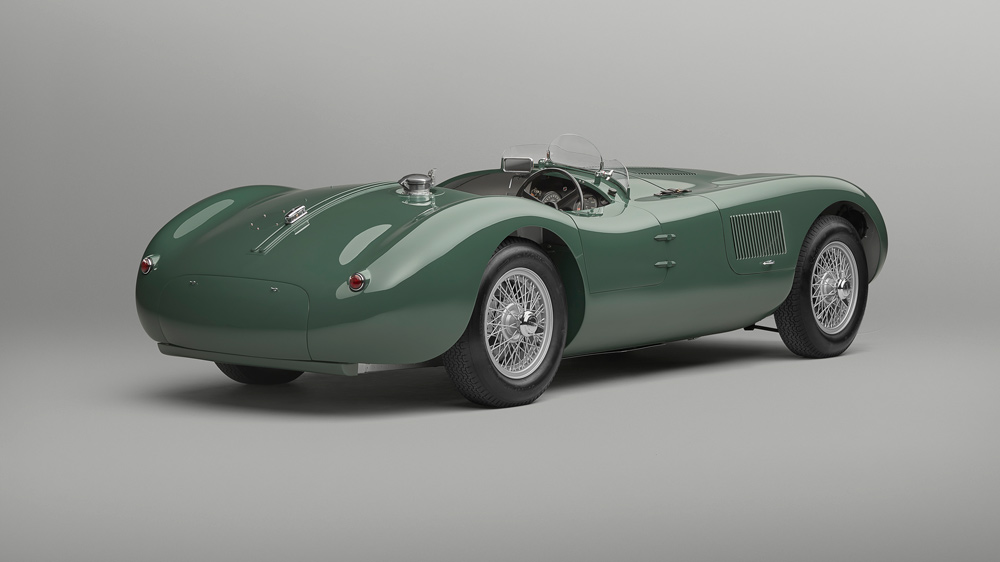 The C-type’s slippery profile helped drivers Peter Walker and Peter Whitehead win the 24 Hours of Le Mans upon the model’s debut in 1951.

“This car is one of the most iconic in Jaguar’s racing history, driven by some of the most admired drivers, including Sir Stirling Moss,” mentions Dan Pink, director of Jaguar Classic. “The C-type is particularly notable for the first use of disc brakes—early versions of what we use in modern cars today. Developed with Dunlop, they helped contribute to the C-type’s domination on the track.” 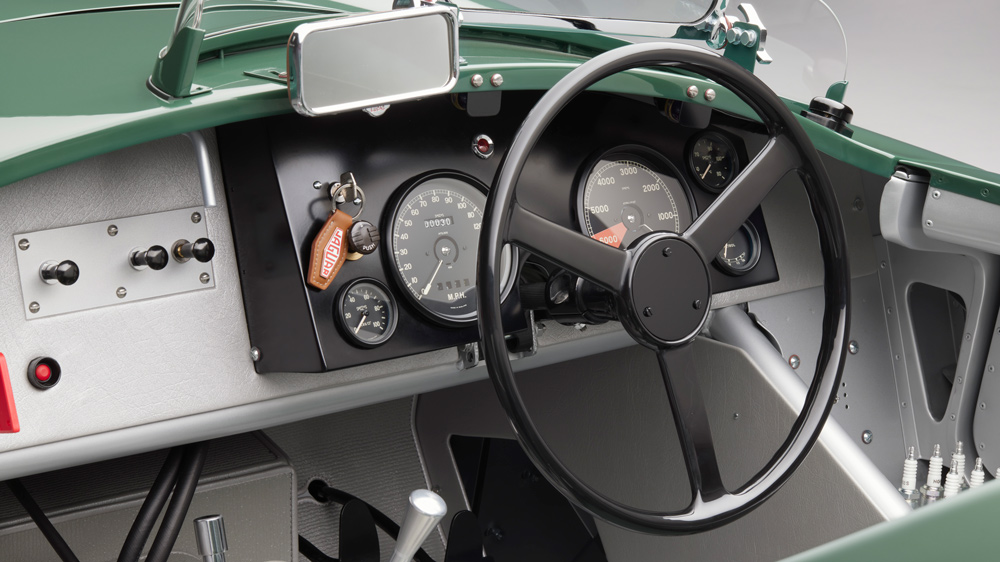 Every C-type Continuation is fitted with a 220 hp, 3.4-liter straight-six engine equipped with triple Webber carburetors. The output is more than enough for new buyers to enjoy competitive historics racing; and the power plant sounds fantastic. 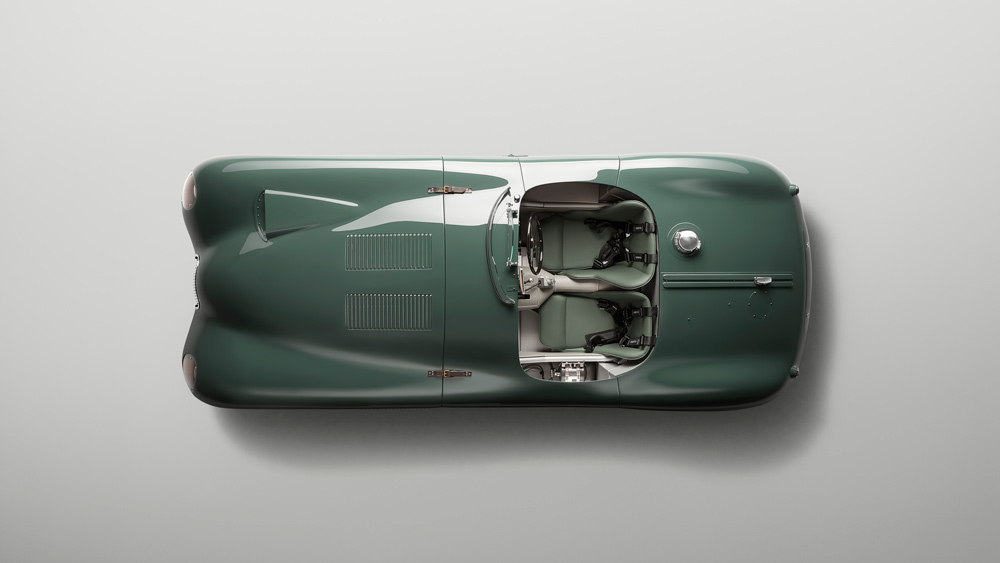 The new examples will be hand built using both traditional construction techniques and CAD design.

Of the 53 C-types built in the 1950s, 43 were sold to customers and, importantly, were fitted with less powerful drum brakes. The continuations, though, are equipped with the same upgraded disc brakes as the 1953 Le Mans–winning racer. 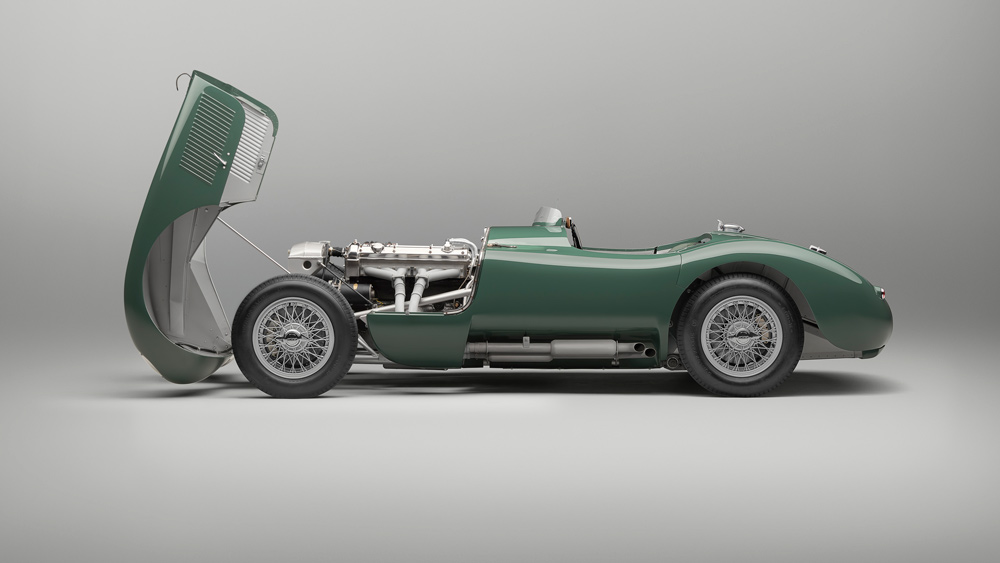 Under the hood is 220 hp, 3.4-liter straight-six engine with triple Webber carburetors.

Prospective owners can access the car configurator at jaguar.co.uk to build their own version, and are also able to select from twelve water-based paint colors, a choice of eight leather interiors and plenty of period options. All of Jaguar Classic’s previous continuation models have sold out—despite their seven-figure price—and are regarded by collectors as appreciating investments.