Is is a motorcycle or a scooter? The answer is both—sort of.

The International Motor Show in Germany may not start until next week but that hasn’t stopped BMW Motorrad from unveiling its latest prototype. The futuristic the Concept CE 02 is a hybrid mini-bike aimed at younger riders looking for the next thing in urban mobility.

The automaker’s motorcycle division has tried to create something new with the Concept C 02, which is why you’d be forgiven for not knowing whether it’s a motorcycle or a scooter. It’s smaller and less powerful than the former but more capable and fun than the latter. The brand has tried to take the essential features of both genres, and cram them into a zippy new means for riding around the city emissions free. 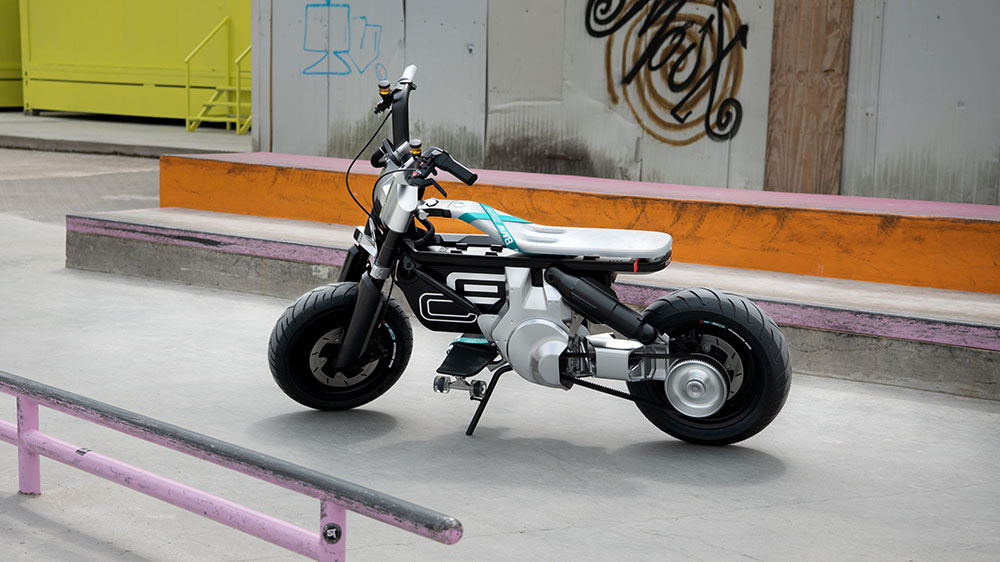 Helping you reach your destination quickly is a belt-driven, electric motor that can generate 11 kW of power (or about 15 hp), according to a press release. Thanks to the little powerhouse you can get off to a quick start when the light turns green and hit a top speed of 56 mph. BMW hasn’t said revealed details about the size of the battery, but it’s strong enough to provide 56 miles of range. That should be more than enough to get your through the day in most cities.

The Concept CE 02’s hybrid setup isn’t the only aspect meant to appeal to younger riders (which, in BMW’s eyes, is anyone 16 and up). It’s also been specifically designed with them in mind. Look no further than the rack designed to hold your skateboard. The bike also features a minimalist, cyberpunk design, similar to that of the wild Definition Concept CE 04 scooter. There are two large disc wheels, a front fork, handlebars and a motor—that’s it. Because of this, the vehicle tips the scales at an ultra-light 264 pounds. Electric bikes are usually heavier than their gas-powered siblings because of their battery packs, but this bike weighs 100 pounds less than the lightweight GS 310 GS adventure motorcycle. 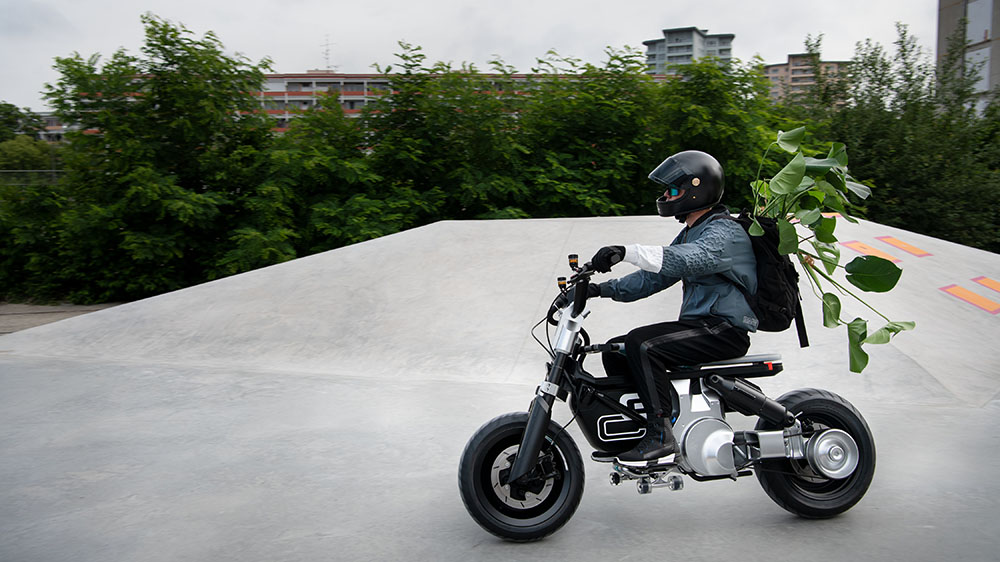 Traditionally, a bike like the Concept CE 02 would seem to have little chance of hitting the roads, but we’re not so sure about that anymore. After all, just two months ago BMW unveiled a production version of the sci-fi-inspired Destination CE 04. So, if you’re looking for the middle ground between a motorcycle and scooter, patience might be your best ally.