Most consumers believe that the Porsche 911—the iconic two-door sports car—is the German marque’s best-selling vehicle. That assumption is incorrect, as the automaker’s volume model is its compact Macan crossover. According to Porsche, more than 137,000 examples of the Macan have been sold since its introduction in 2014, with the sporty and stylish five-passenger vehicle bringing tens of thousands of new customers to the brand. While the 911 may be one of the most revered and recognizable vehicles in the company’s lineup, the four-door Macan is Porsche’s genuine success story when it comes to sales, considering the relatively few years it’s been on the market.

Never one to leave a good thing alone, Porsche is treating its 2022 Macan lineup to another significant update—the second noteworthy revitalization since its debut—with refreshed styling inside and out, new power plants, and an optional Sport Package that is aimed squarely at driving enthusiasts. Also notable is that the once range-topping Turbo variant has been dropped, allowing the GTS (Gran Turismo Sport) version to now wear the flagship crown. 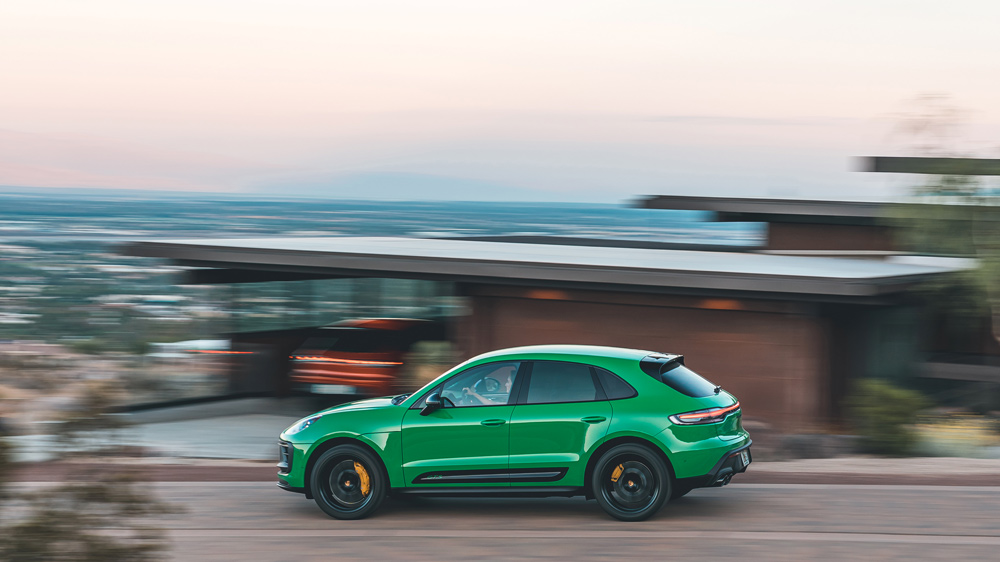 A new front fascia, with integrated air intakes and front trim in body color, differentiates the new crossover from last year’s model. And the rear diffuser has been stretched upwards to complement the changes to the nose. Other cosmetic improvements include re-sculpted side blades—signature trademarks of the Macan—that have been altered to be more dimensional. LED headlights and Sport Design exterior mirrors are now standard. Gone are the base 18-inch wheels, being replaced by seven new wheel designs ranging from 19- to 21-inches in diameter. 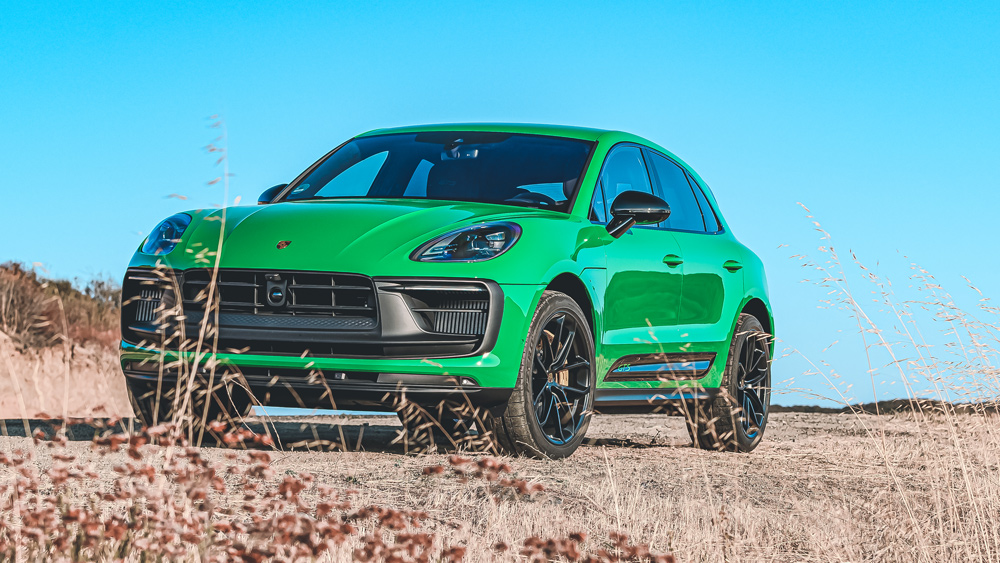 The passenger cabin has been updated with a standard analog clock on the dashboard, which is a nice contrast to the redesigned center console with flush haptic touch controls. As Porsche is celebrated for allowing countless customizations on its vehicles, new Macan interior packages allow deviated stitching colors, three different seat selections, a handfuls of trim options and dozens of exterior color choices. 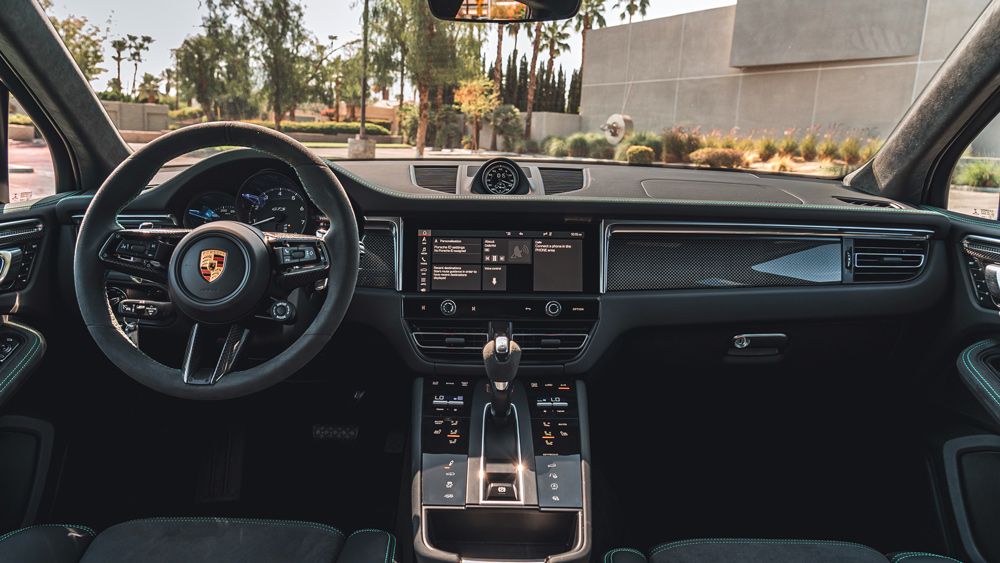 The center console has been redesigned with flush haptic touch controls.

Performance has also been improved across the lineup. Standard Macan models, powered by a 2.0-liter turbocharged four-cylinder engine, get a bump to 261 hp and 295 ft lbs of torque thanks to a new turbocharger and other combustion enhancements. And the lightest Macan on offer drops its zero-to-60 mph sprint to 5.8 seconds. Macan S models are now fitted with a 2.9-liter twin-turbocharged V-6 (replacing the 3.0-liter twin-turbocharged V-6), which develops 375 hp and 383 ft lbs of torque. The S model will reach 60 mph from a standstill in about 4.4 seconds, which is about a half-second quicker than its 2021 predecessor. 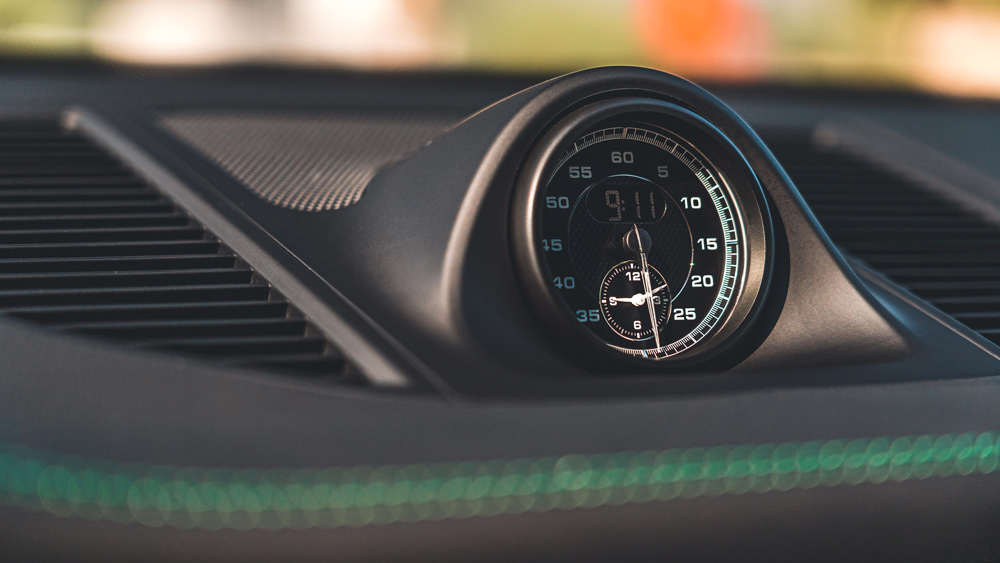 With the Macan Turbo out of the picture for 2022, Porsche has gifted the GTS model with the retired Turbo’s engine. The power plant is a stronger variant of the 2.9-liter twin-turbocharged V-6 in the S, but it’s rated at 434 hp and 405 ft lbs of torque. This allows the GTS to accelerate to the 60 mph benchmark in just 4.1 seconds while on its way to a top speed of 169 mph (making it slightly faster than the 2021 Macan Turbo).

The top-tier Macan GTS is visually differentiated from the rest of the lineup by its 21-inch RS Spyder Design wheels in satin black, Sport Design side skirts, clear taillights and a Sport Exhaust system. The GTS has a lower ride height, and it’s fitted with enthusiast-tuned suspension. To align with the increased performance, the GTS is also equipped with Porsche’s surface coated brakes (PSCB), which promise more fade resistance and less brake dust when compared to those on lesser models. 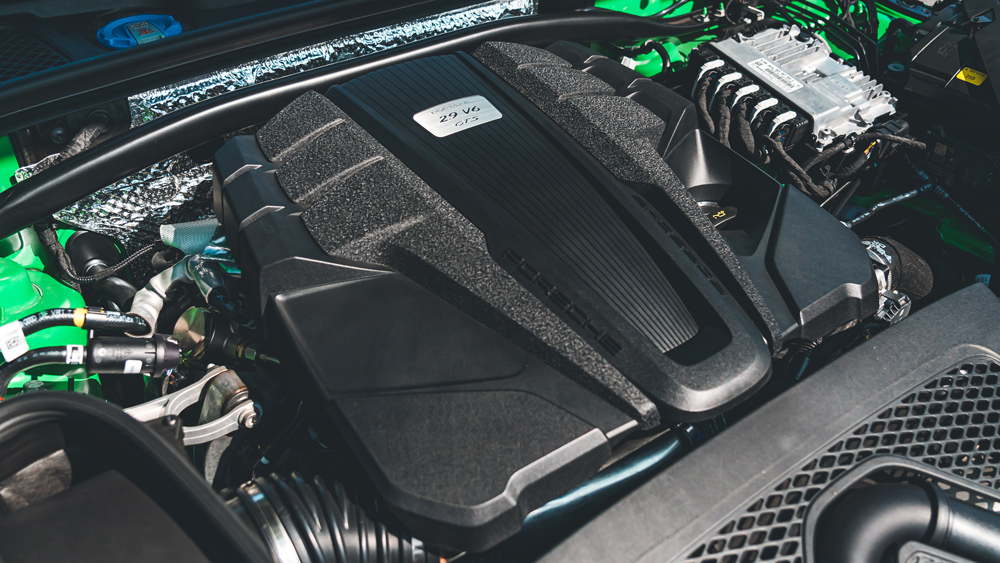 Drivers seeking maximum performance from the Macan will want to choose the GTS model with the optional GTS Sport Package. In a nutshell, the package bundles cosmetic and performance enhancements that include gorgeous 21-inch GT Design wheels wrapped in ultra-high-performance Pirelli P Zero Corsa tires—the first time Porsche has offered such capable rubber on a factory Macan.

Compared to the midsize Porsche Cayenne, which seats five adults comfortably, the compact Macan is much more condensed in overall stature and size. But that compressed architecture has a benefit, as the crossover is lighter and delivers a more intimate and agile driving experience; one that mimics a sports car—a primary reason why owners rave about the model. 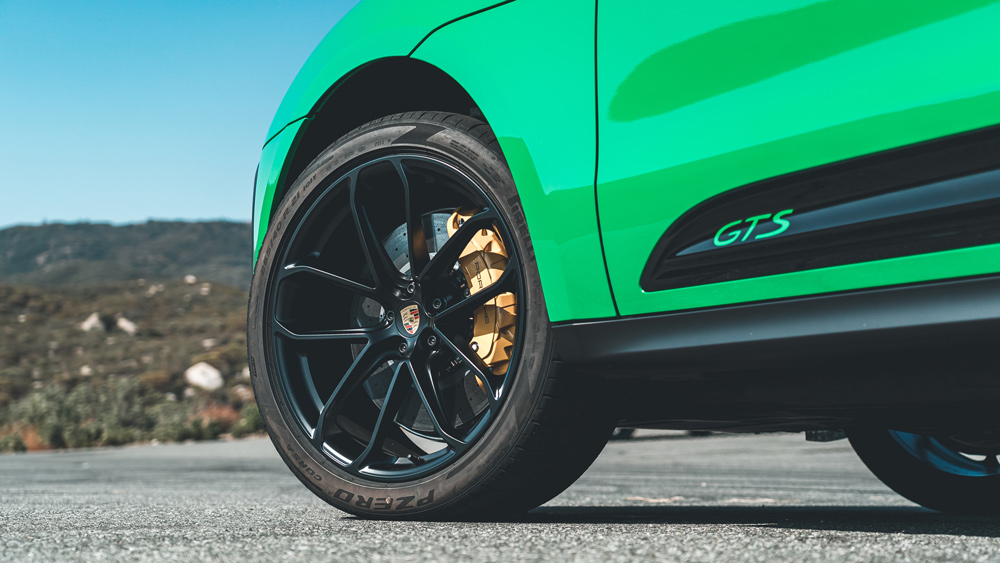 The 2022 updates improve an already solid package. Underpinning every Macan is an active all-wheel-drive system shared with the 911. Combine the unique rear-biased drivetrain with the rapid-fire seven-speed dual-clutch transmission and the Macan is an undisputable joy to drive through twisty canyons. Outward vision is excellent, and it feels “perfectly sized” from the driver’s seat.

While the steering isn’t as communicative as a true sports car, there’s plenty of chassis feedback enabling the driver to feel what the vehicle is doing via “seat of the pants” telemetry. And the track-ready tires in the GTS Sport Package deliver a remarkable level of grip that most drivers will never truly challenge. The net result is a crossover that puts a smile on your face. 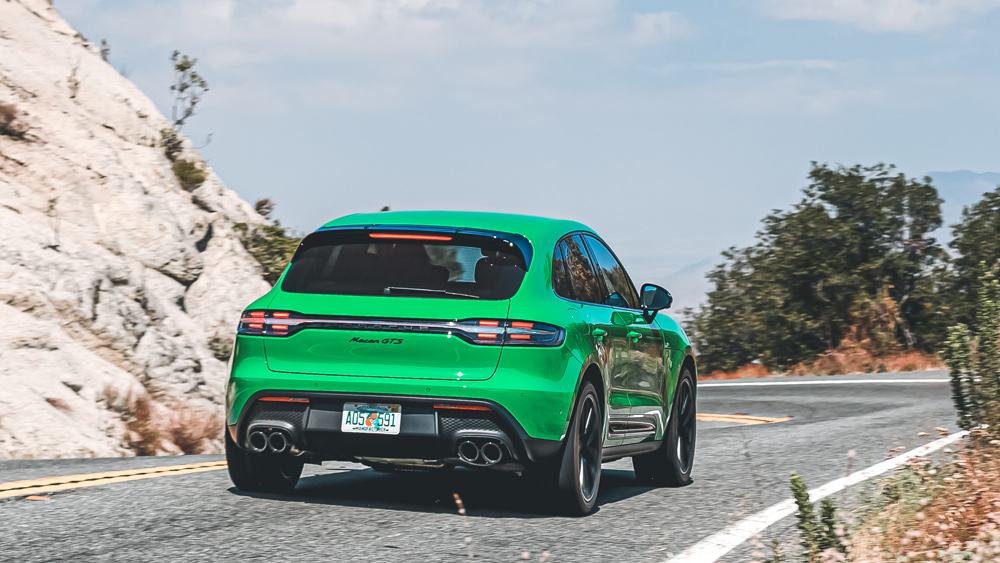 Sport Design side skirts, clear taillights and a Sport Exhaust system are standard on the GTS variant.

This third update to the Macan is unquestionably its last. Porsche has already stated that the next Macan, which it will launch in 2023, will be an all-electric iteration. This leaves the 2022 Macan to represent the pinnacle of its combustion existence. While most vehicles end on a flat note and fade away, Porsche’s best-selling, conventionally powered Macan is leaving at the top of its game.