From its first SUV to a new sports car, the models are part of Lotus’s plan to become a global EV powerhouse.

The Lotus lineup is expanding almost as fast as its cars circle the track.

On Tuesday, the British marque announced that it is hard at work on four new EVs, which will be released between 2022 and 2026. The upcoming models will join a lineup that already includes the brand’s first all-electric vehicle, the Evija, and its final gas-powered sports car, the Emira.

The rapid expansion is part of Lotus’s new Vision80 strategy to become a global EV brand by the time its 80th birthday comes around in 2028. Additionally, the Hethel, UK-based automaker has launched a new division focused on EV development, Lotus Technology, and broken ground on a new global headquarters in Wuhan, China, which will be completed in 2024. A new factory built to manufacture battery-powered vehicles for the global market will open later this year.

Lotus knows that in order to become a global EV force it needs to sell more than just high-performance sports cars. That’s why the first of the new EVs will be its debut SUV. The marque is playing things close to the chest, but the vehicle, which is codenamed Type 132, will ride on the brand’s new Premium electric architecture. The brand says it will come equipped with an up to 120kWh battery pack compatible with 800-volt high-speed charging systems and be able to accelerate from zero to 62 mph in under three seconds. The Type 132 is set to launch next year. 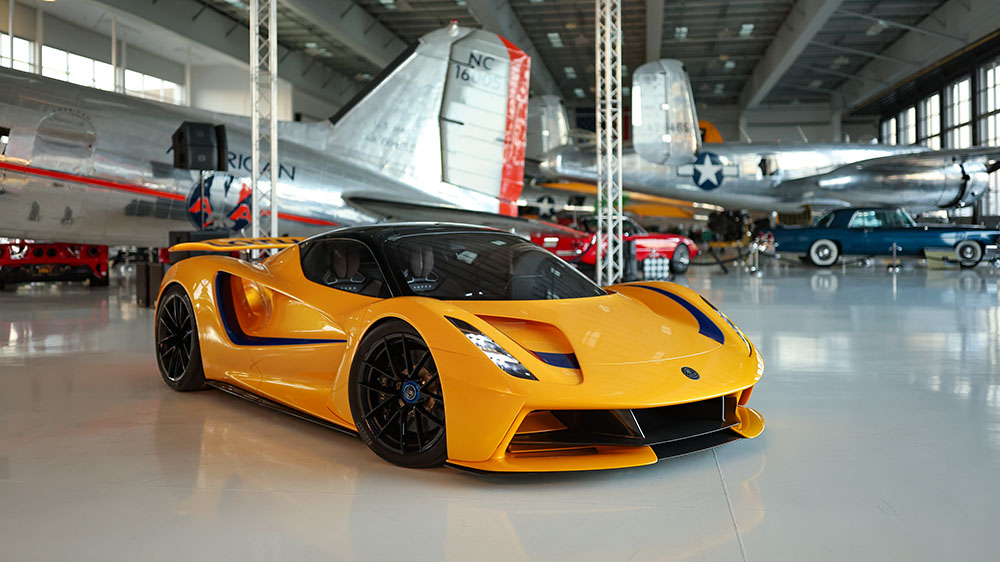 “Transforming Lotus from a UK sports car company to a truly global performance car company has always been at the core of Vision80,” the automaker’s managing director Matt Windle said in a statement. “The launch of Lotus Technology is a major milestone on the road to making that a reality, while adhering to the unwavering Lotus principles of pure performance, efficiency, motorsport success and, above all, being ‘For the Drivers.’”

Before that, though, comes the release of one of the most anticipated Lotuses of all time—the Evija. The first British all-electric hypercar boasts a quad-motor powertrain that can generate 2,000 hp, can go from zero to 186 mph in nine seconds, tops out at over 200 mph and can travel 215 miles on a single charge. The automaker has yet to announce a firm release date for the Evija, but it will be part of its 2022 lineup. Regardless of how soon it gets here, it’s a good time to be a Lotus fan.