The jaw-dropping car was envisioned by a team from Pasadena’s Art Center College of Design.

Imagine a sleek coupe that whisks you away to a favorite place, projecting memories of past visits on expansive displays and playing music that evokes remembrances of the destination and people that matter most. That’s the concept behind Lincoln’s Anniversary concept, a project conceived by a team of students at Pasadena’s famed Art Center College of Design. But this one has a twist: Lincoln has turned the virtual proposal into a real-life show car, one that was debuted to the public at the Quail, a Motorsports Gathering, during Monterey Car Week.

It’s not uncommon for automakers to sponsor student competitions at well-known design schools, but full-sized models rarely get made. Project judges, including Ford president Jim Farley and Lincoln head of design Kemal Curic, said they were so impressed by the Anniversary car’s design and the emotional story behind it—a married couple celebrating their anniversary with the help of the futuristic sports car—that they wanted to bring it to life. “Watching them on screen, quite frankly, gave me goosebumps,” Curic says. 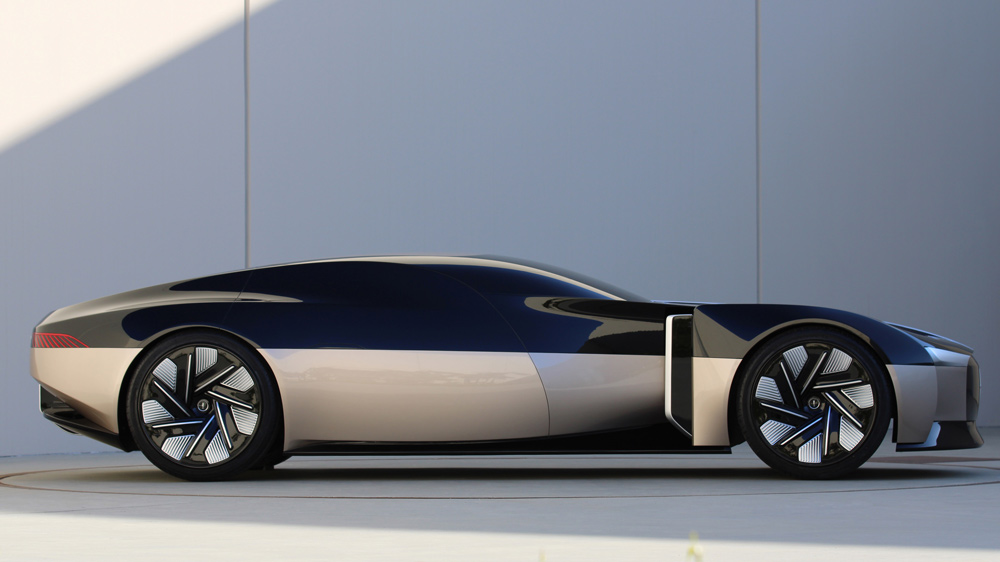 The Anniversary concept is one of four winning entries chosen by the Lincoln team earlier this summer. For the first time, Lincoln expanded the project to go beyond car design and included students and instructors from illustration, animation and film. “We wanted to open up the course and solicit visual storytellers to see what these future vehicles would look like,” says Jordan Meadows, global strategic design specialist for Lincoln and an assistant professor at Art Center. “The car is important, but just as important is the world that this car lives in,” notes Meadows, adding, “that really made a lot of sense because not only is Art Center a fantastic school for vehicle design, but it’s in the home of the entertainment industry near Los Angeles, and we have these storytellers, so we wanted to take advantage of those opportunities.” 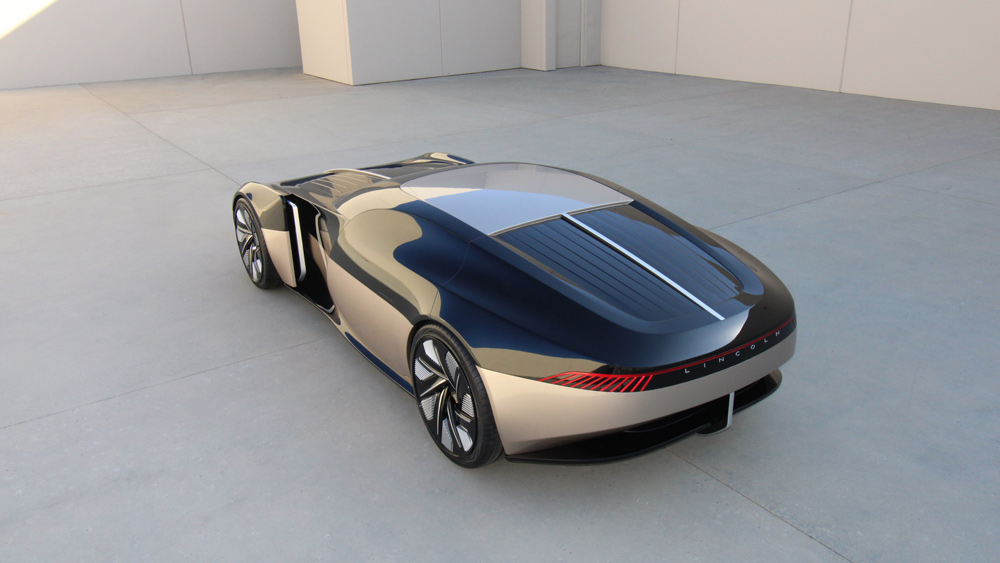 Teams were challenged to create a virtual presentation for what the marque would like in the year 2040, and were given two main sets of criteria: Communicating the Lincoln brand pillars of “quiet flight” and “beautiful-gliding-human-sanctuary,” as well as meeting the requirements of connected, autonomous, shared and electric (CASE) elements. 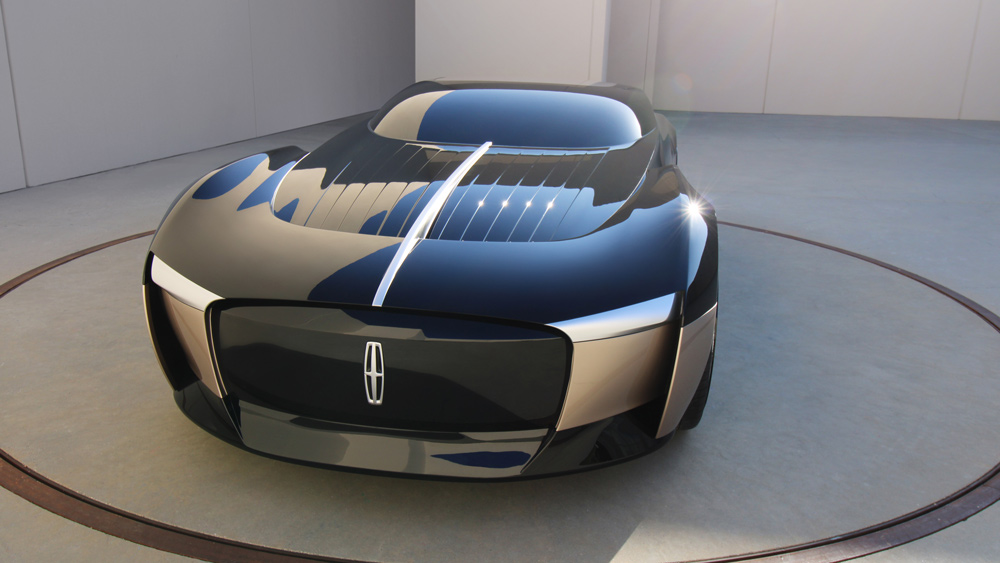 Student teams were challenged to create a virtual presentation that communicated the Lincoln brand pillars of “quiet flight” and “beautiful-gliding-human-sanctuary.”

Other winning entries include the Lincoln Glider sedan, which imagines solutions for a disabled person to get behind the wheel for the first time in years; a future family SUV with features such as touchscreen windows and a large moonroof fit for an astronaut; and a six-passenger luxury cruiser that imagines next-level autonomous driving while carrying a group of musicians in an interior that more closely resembles a well-appointed living room. 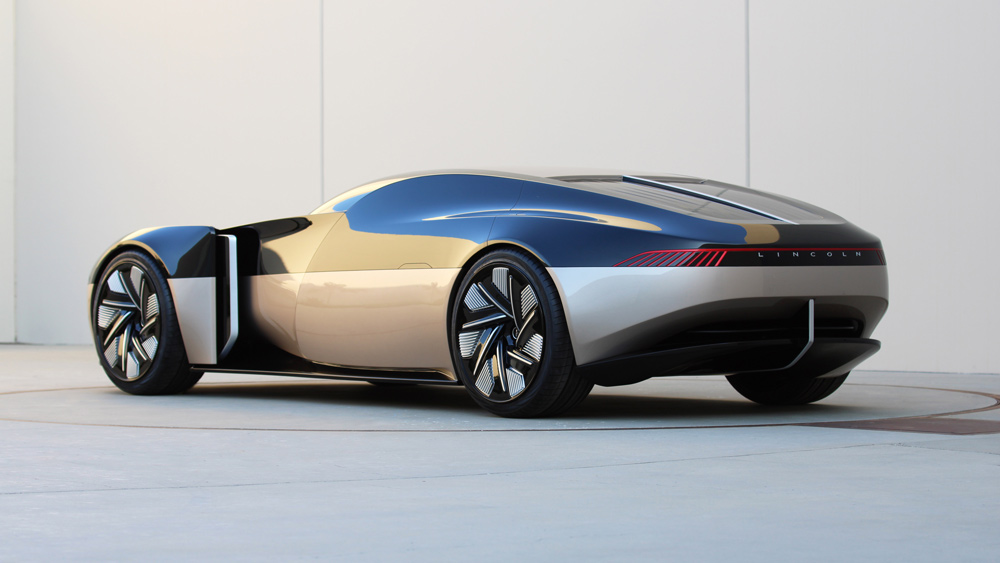 Another missive for the assignment was that the vehicle be connected, autonomous, shared and electric (CASE).

Projects like the Lincoln Anniversary aren’t just for show—they encourage and give a platform to young designers while providing a valuable pipeline to car companies searching for new talent. “We saw this as an opportunity to give back,” Meadows explains. “Yes, for brand exposure, but also for students to develop a relationship with a manufacturer and to develop their careers. And if there’s someone really talented and passionate, we want them to work for Ford.”