At a private viewing of the Lyriq in Hollywood, Andrew Smith, executive director of Cadillac Design, told Robb Report, “What we put on the concept car is really what we wanted the car to be. It’s a Cadillac that happens to be electric, it’s not a science experiment. The customer shouldn’t have to compromise in any way.”

The crossover is wide and low, with giant, 22-inch wheels pushed out to the corners and a short dash-to-axle configuration, courtesy of the electric motor in the rear that allows for more cabin space. Vertical lighting on the front daytime running lights and rear lamps recall the design language on previous Cadillac models, but in a more subtle, refined way. 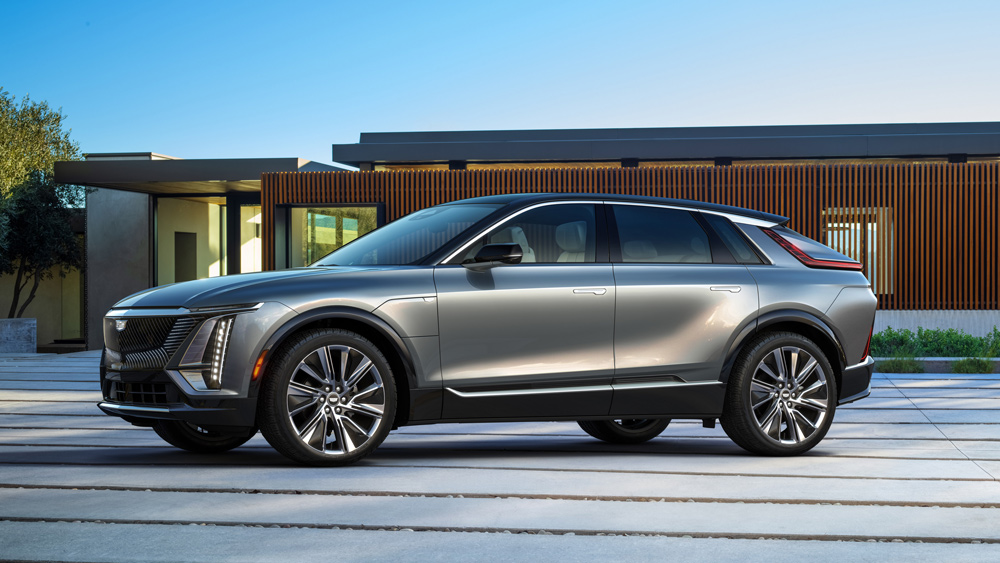 Inside, designers gave the Lyriq high-quality, handcrafted materials that far surpass Tesla’s spartan cabins. Open-pore wood trim that’s laser-etched in an intricate pattern reveals stainless steel beneath. Metal mesh speaker grilles curve elegantly around the door panels; and beneath those grilles are some of the 19 speakers that are part of the Lyriq’s AKG audio system. 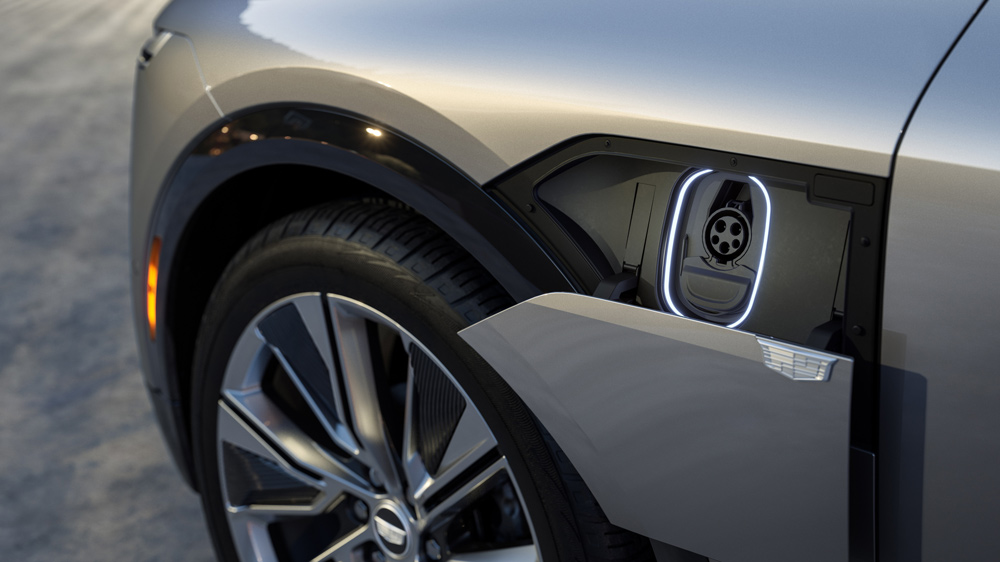 The Lyriq is Cadillac’s first electric vehicle to market.

Front and center is an expansive 33-inch LED touchscreen that stretches from the front of the driver to the center stack, a single-piece display that offers visibility for all functions without feeling overwhelming. A floating center console is fit with a jewellike rotary knob, and wood trim juts out above a spacious lower storage area. As for comfort, the contoured seats are slim without sacrificing cushion. 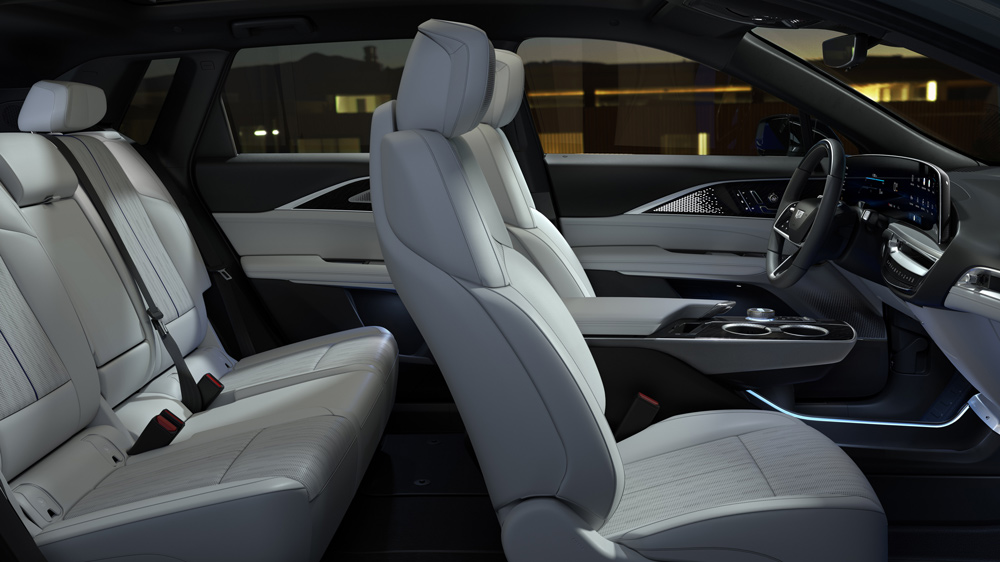 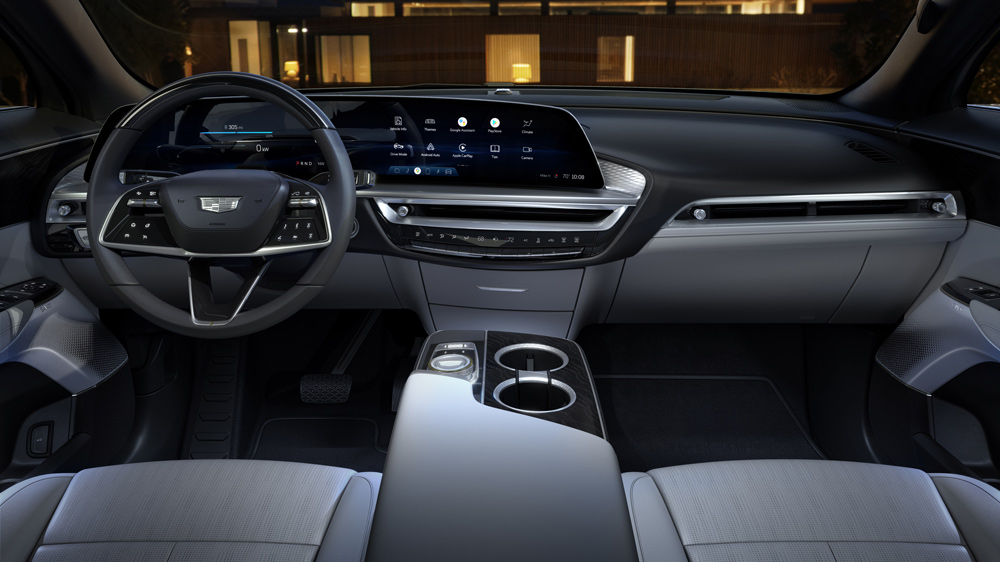 The dash’s expansive 33-inch LED touchscreen stretches from the front of the driver to the center stack.

When it comes to range, the marque isn’t releasing exact numbers yet, but promises “more than 300” miles. While that may not quite equate to Tesla’s long-range models, it’s better than the current range available for the Jaguar I-Pace and Audi e-Tron Sportback. The Lyriq will also be equipped with the latest edition of GM’s Super Cruise, a suite of semi-autonomous driver functions that’s one of the best on the road. 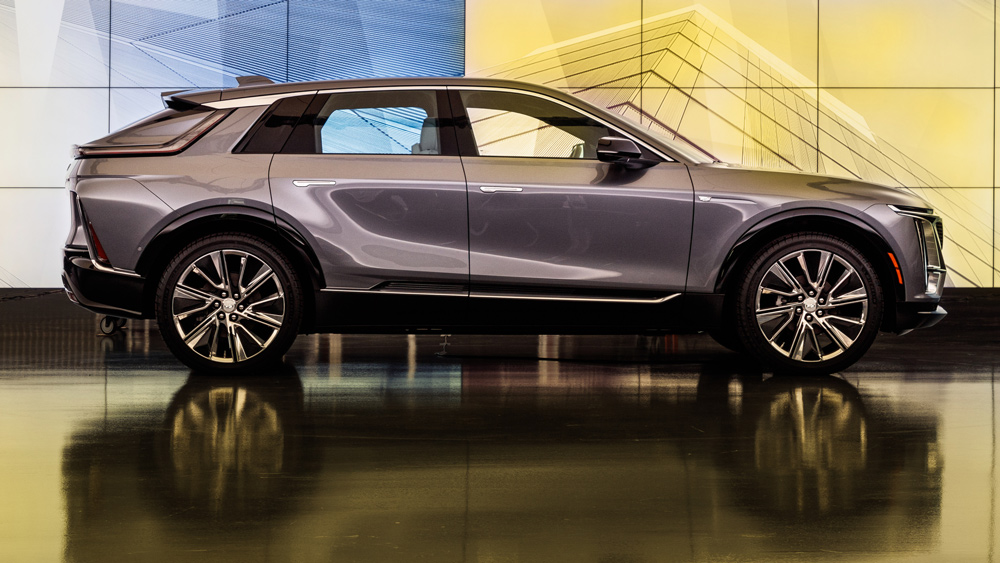 With a starting price of about $60,000, the Lyriq undercuts most competitors, making it a compelling choice for commuters or small families looking for a practical but elegant, everyday EV. When it goes on sale in the first half of next year, the Lyriq will initially be available as a rear-wheel-drive model with a single motor that makes 340 hp and 325 ft lbs of torque. A dual-motor, all-wheel-drive version is expected near the end of 2022.