The new LMDh-V.R will compete in the IMSA WeatherTech Series and the FIA World Endurance Championship come 2023.

Cadillac has set its sights on the world’s oldest endurance race.

The luxury automaker announced Tuesday that it will compete for overall victory at the 2023 Le Mans in a fourth-generation V-Series prototype. Cadillac’s last appearance at the race was nearly 20 years ago in 2002.

Cadillac will enter into the new Le Mans-Daytona hybrid (LMDh) class for the 2023 season. This means the new LMDh-V.R race car can compete in both the IMSA WeatherTech Series and the FIA World Endurance Championship, which includes the famous 24 Hours of Le Mans.

Cadillac has chosen the Italian outfit Dallara to build the new race car. This dream team is also behind the Cadillac DPi-VR, which won the Rolex 24 at Daytona four times in a row, the IMSA WeatherTech SportsCar Championship both in 2017 and 2018, among many other notable races.

As with all LMDh cars, Cadillac’s contender will be based on a standardized chassis and use a spec hybrid powertrain. The combustion engine and bodywork, however, will be unique to the marque. At first blush, the LMDh-V.R looks like a futuristic take on a Batmobile with an angular silhouette that sure to stand out on the track. 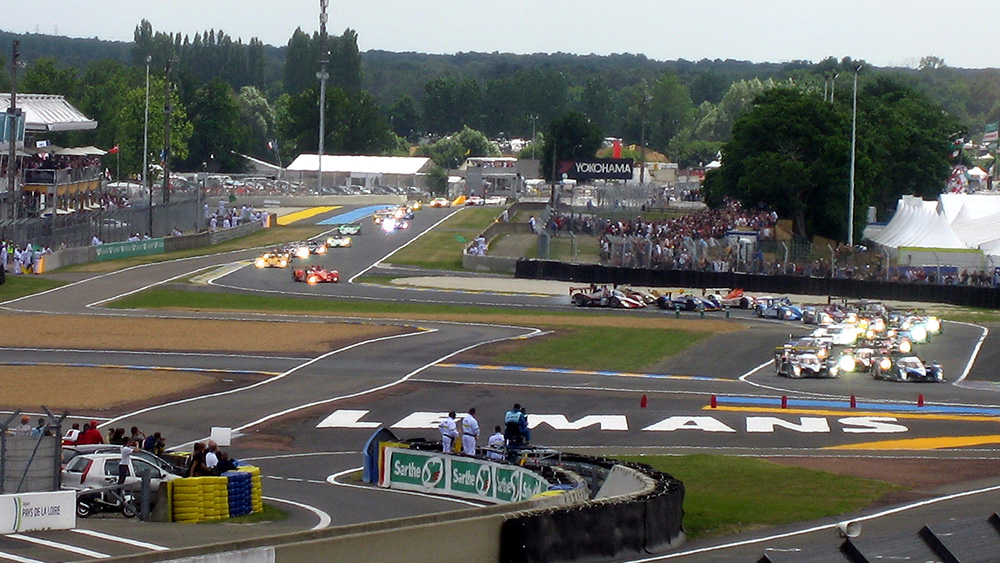 The LMDh class was created by IMSA and the ACO to act as an entry point to high-level endurance racing. Racing heavyweights, such as Acura, Audi, BMW and Porsche have confirmed LMDh prototypes for the 2023 season, while Lamborghini plans to join in 2024.

Regarding the World Endurance Championship, the top LMP1 class has been replaced with a new Hypercar category that will comprise cars that meet the aforementioned LMDh regulations and the new Le Mans Hypercar (LMH) rules. We’ve already seen LMH cars from the likes of Toyota, Glickenhaus and Alpine, with both Peugeot and Ferrari reportedly joining the class in 2023.

Both LMDh and LMH cars will be eligible to win the 24 Hours of Le Mans in 2023, the race’s centenary.

“We are excited to compete at the top level of international motorsport in the LMDh class beginning in 2023,” Cadillac vice president Rory Harvey said in a statement. “Cadillac is making the transition into a future driven by alternative propulsion. The hybrid nature of the LMDh rules will help us to bridge our technology transfer to our all-electric future.”

Cadillac’s program will be carried out in partnership with Chip Ganassi Racing and Action Express Racing. The LMDh-V.R is set to make its official debut at the 2023 Rolex 24 at Daytona, before taking part in the 24 Hours of Le Mans.

Catch you on the track, Cadillac.