The boldly styled new vehicle is expected to arrive sometime next year.

Genesis is finally going electric. Just not with the vehicle we were expecting.

On Wednesday night, the South Korea-based luxury automaker unveiled its first fully battery-powered vehicle, the GV60. There had been speculation that the company’s first EV would be a sedan, but it will instead be a crossover SUV, and a pretty stylish one at that.

If you’ve paid attention to Korean EVs, the GV60 will likely look familiar. That’s because it bears a striking resemblance to recently unveiled crossovers from two of Genesis’s sister brands—the Hyundai Ioniq 5 and Kia EV6. But, as is this marque’s wont, Genesis has added plenty of sophistication to the package. In the front, you’ll find the marque’s trademark two-line Quad Lamp headlights and giant Crest grille, as well as its first clamshell hood. Soft curves and flowing lines travel from front to back and give the four-door what the marque is calling an “athletic elegance.” Adding to this is a roofline that slopes down into a hatchback door with its own ducktail-like spoiler. It’s a dramatic and refreshing change of pace for the brand. 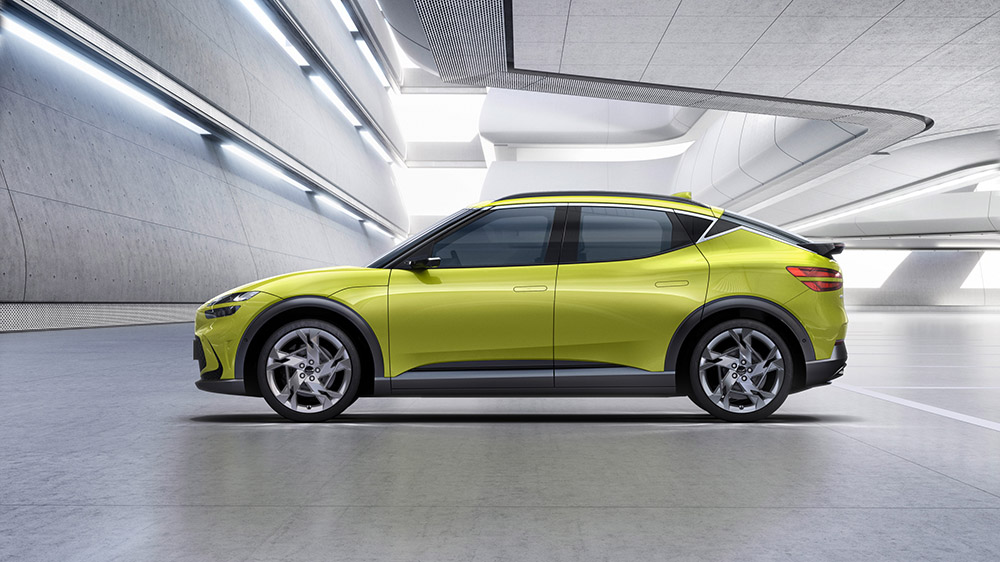 The interior is also a bit of a departure. It’s streamlined, lacking some of the more demonstrably luxurious details—polished wood trim, quilted leather, lots of chrome—seen throughout the rest of the Genesis lineup. We think this gives the cabin a much more modern look, though. The digital gauge cluster and large infotainment screen look as if they are one connected display, while the dash is bookended by two side-view cameras. The most notable new inclusion, though, may be the Crystal Sphere, a globe-shaped gear shifter that intuitively lets you know when the vehicle is ready to drive. The ball looks as if it’s hovering above the center console and provides ambient lighting when the vehicle is off. 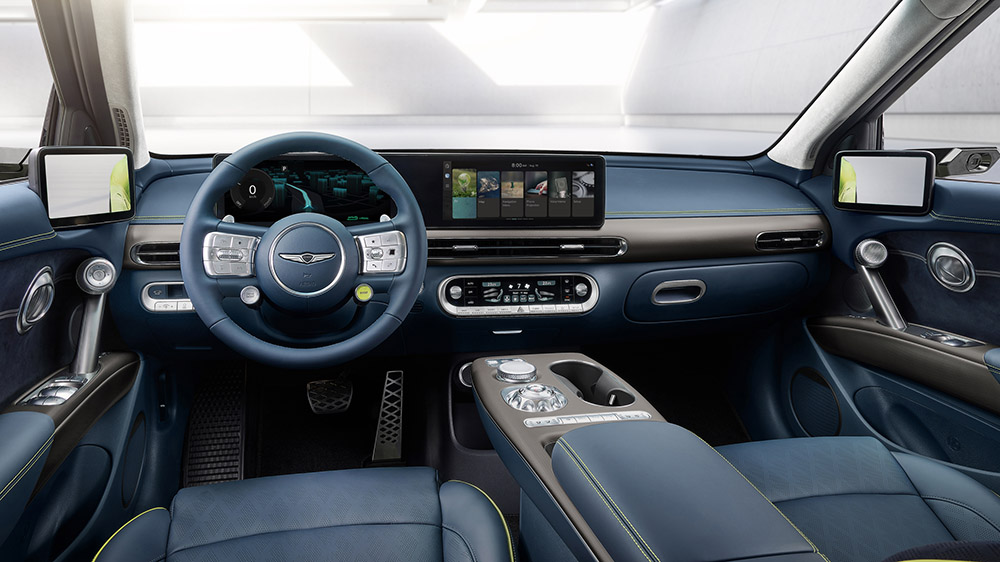 While we know what the GV60 will look like, it’s unclear what it will be capable of. Details about its powertrain are expected at a later date, though it will be built on the same E-GMP electric platform as the Ioniq 5 and EV6. We have no idea how powerful the just-announced crossover will be, but the top-of-the-line EV6 GT features an all-wheel-drive powertrain that can generate 577 hp and 546 ft lbs of torque and has a range of around 300 miles, according to Car and Driver. We wouldn’t be surprised if Genesis’s EV boasts similar performance numbers. We’re also waiting for a release date and pricing, though the brand seems confident the vehicle will arrive next year. 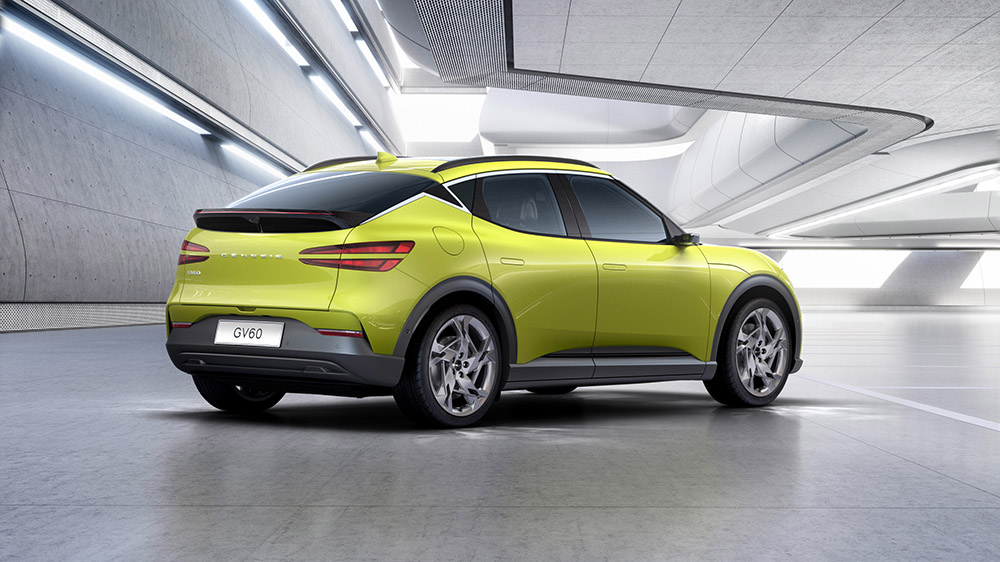 The GV60 may be Genesis’s first confirmed EV, but it won’t be its last. Maybe even of this year. This spring, there was plenty of speculation that the brand’s first battery-powered vehicle would be an all-electric version of the G80 sedan. We’ve not heard anything since, but the expectation is that it will feature a dual-motor powertrain, all-wheel drive and 300-plus miles of range.

We wouldn’t mind having two Genesis EVs to choose from.