The hybrid hypercar, which can reach 217 mph (and 205 mph without its roof), will comprise 85 examples.

Aston Martin’s Valkyrie has been on boil for years, promising Formula 1 levels of performance in a package that more closely resembles futurist sculpture than a street-legal road car—and production can’t come soon enough for deposit holders of the 150 coupes. Now, the soon-to-be-owners club welcomes 85 additional members awaiting the even more limited-edition Aston Martin Valkyrie Spider, a model variant unveiled during the festivities of Monterey Car Week. But if you were just finding out about it then, you will not be getting one, as the marque says each example has already been claimed.

The 1,139 hp hybrid convertible offers a vast majority of the coupe’s performance with incremental compromise. Unlike typical open-air spinoffs, the Valkyrie Spider’s carbon-fiber structure required no additional structural reinforcement apart from new doors to accommodate the modified windows; they tilt forward dihedrally, rather than lifting directly up. The roof uses a central carbon-fiber panel which connects to two fixed polycarbonate windows, and the removable panel only adds 33 pounds of total weight to the vehicle.

The Valkyrie hails from Aston Martin boss Tobias Moers, whose 26 years at Mercedes-Benz included seven years at tuning division AMG. Some of the most compelling performance products in the Mercedes-AMG portfolio came from Moers, such as the forthcoming Project One. 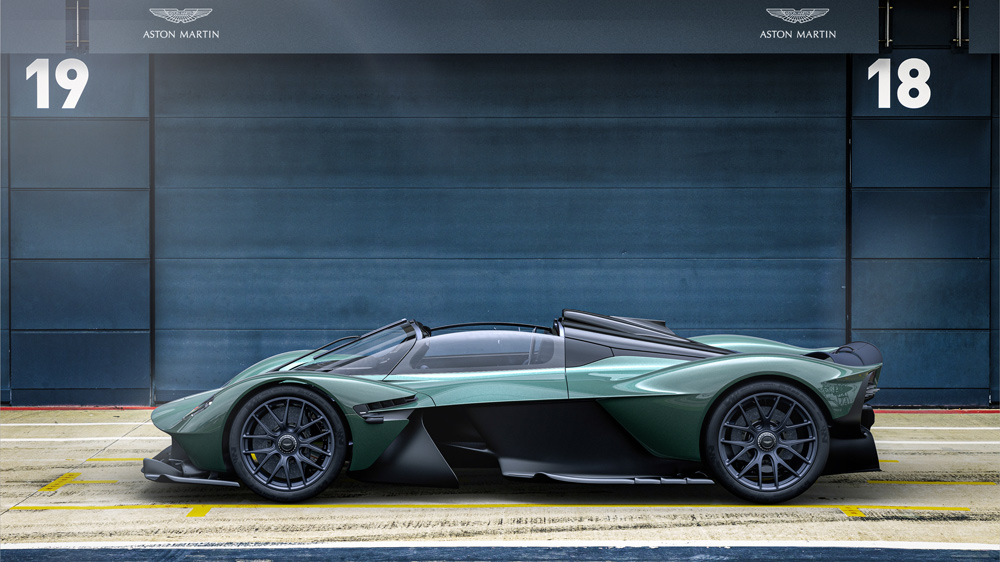 While both the AMG and Aston claim Formula 1 inspiration and over 1,000 hp, the Valkyrie takes a decidedly analog approach: Contrary to the AMG’s energy-dense 1.6-liter turbocharged V-6, the Aston packs a massive, naturally aspirated 6.5-liter V-12 that revs to 11,000 rpm. The choice is a bit of a high-powered throwback, one that trades the packaging and weight advantages of a small engine for the visceral and aural feedback of twelve breathy cylinders.

Moers is no stranger to involving driving dynamics, which the Valkyrie should offer in spades. Upon his arrival to Aston Martin, the smaller Valhalla supercar was slated to be powered by a V-6 hybrid power train. Perhaps due to the fact that history has not been kind to V-6 supercars (the Jaguar XJ220, for example), or maybe because a free-breathing V-12 is inherently more engaging than a smaller turbo with fewer cylinders, Moers struck down use of a V-6 for the Valhalla and replaced it with an AMG-sourced V-8. 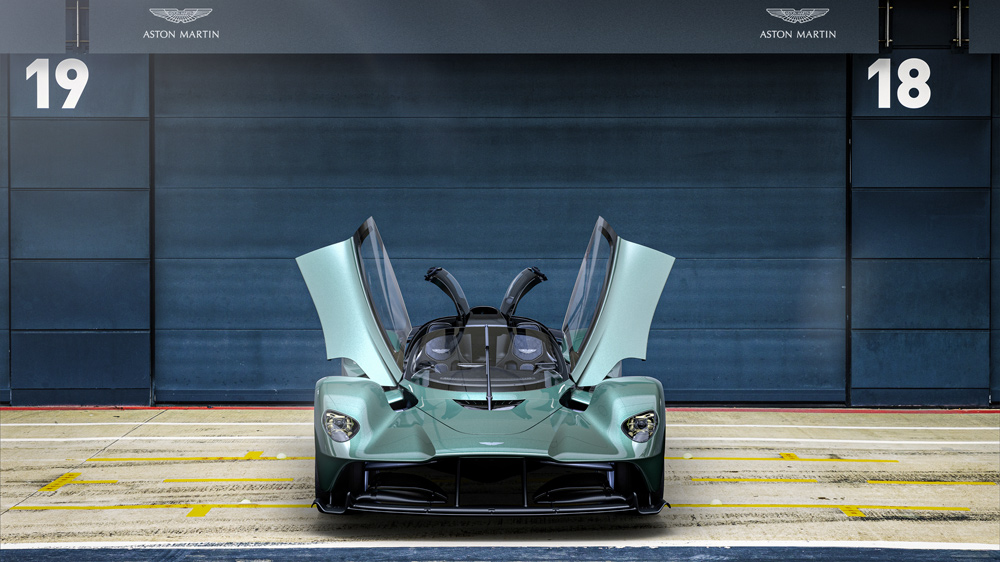 The Valkyrie Spider’s carbon-fiber structure required no additional reinforcement than that of the coupe, apart from new doors.

Moers tells Robb Report that the challenges inherent to modifying the more powerful and complex Valkyrie Spider required recalibration of the active aerodynamics and chassis setups. A staggering 3,000+ pounds of downforce are produced at 149 mph, enough to theoretically destroy the tires if mismanaged. The Valkyrie Spider can reach a top speed of 217 mph, or 205 mph with the roof off. Its bodywork departs from conventional passenger-car design by wrapping the carbon cockpit in negative space: The tub is surrounded by Venturi tunnels which draw high-speed airflow to the rear of the car in order to reduce drag, as do the countless other active aerodynamic devices intended to modulate drag and downforce. 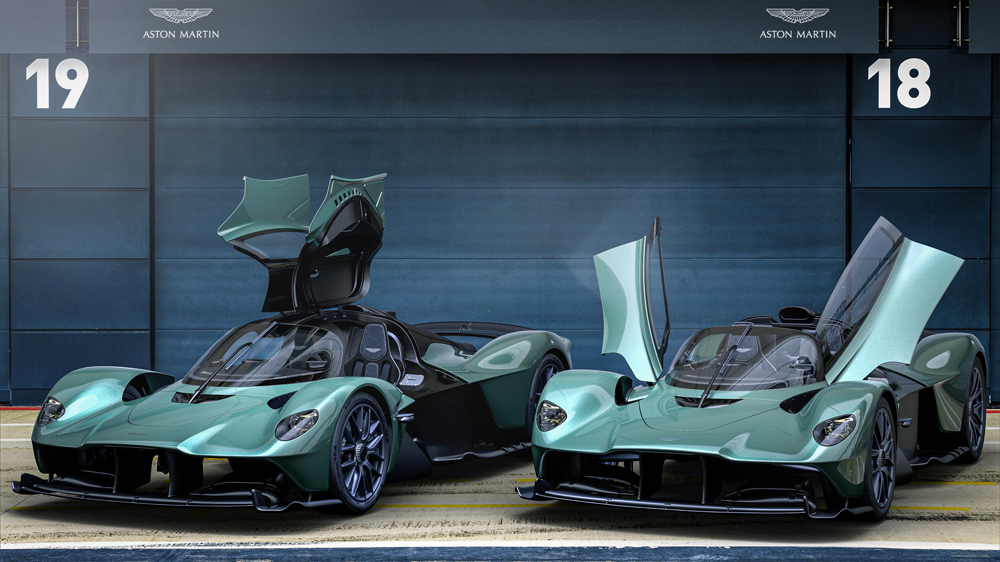 The Valkyrie Spider sits to the right of its coupe counterpart.

As for the daily experience of owning an open-air Valkyrie, Moers quips “You better check the weather before you go for a drive,” as the al fresco model is so relentlessly focused on performance that it contains no stowage space for the removable roof.