The French carmaker announced the production version of the hypercar at The Quail in California, just last week.

Bugatti’s Bolide is officially coming to a track near you.

Last week, the French automaker revealed at The Quail motorsports gathering in California that it’s developing a production version of its over-the-top, track-only Bolide concept. For those smitten with the original, the new limited-edition racer won’t deviate wildly in its design and engineering. The powertrain will offer the same bonkers 8.0-liter W16 engine. And while the mill will produce about 248 fewer horses than the prototype, it will still churn out a downright beastly 1,577 hp and 1,180 ft lbs of torque. 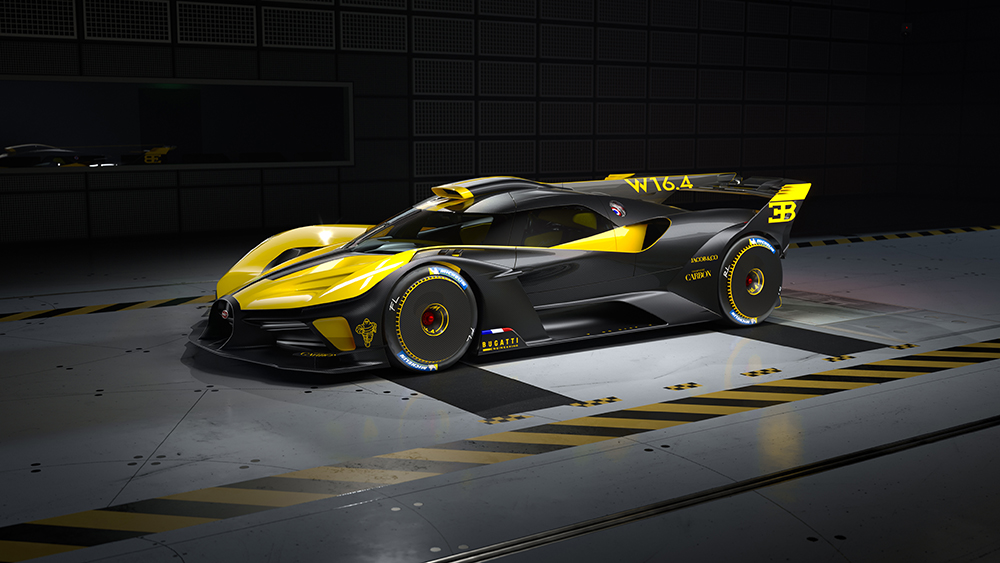 The production version of the Bolide hypercar sporting hornet-like colors.

As you might expect for a track car, Bugatti is introducing an array of components for the Bolide geared towards driver safety. It will be HANS-system compatible and have an automatic fire extinguishing system onboard. It will also offer pressure refueling with a bladder, central wheel locking and a six-point safety belt system.

As for handling, it would be understatement to say the hypercar has been designed with aerodynamics in mind. There’s an air intake scoop on the roof,  rack-ready seat positioning and an epic rear wing designed to generate high downforce and optimum traction. Indeed, the ultra-low-slung car looks more like the Formula 1 racer than a hypercar. 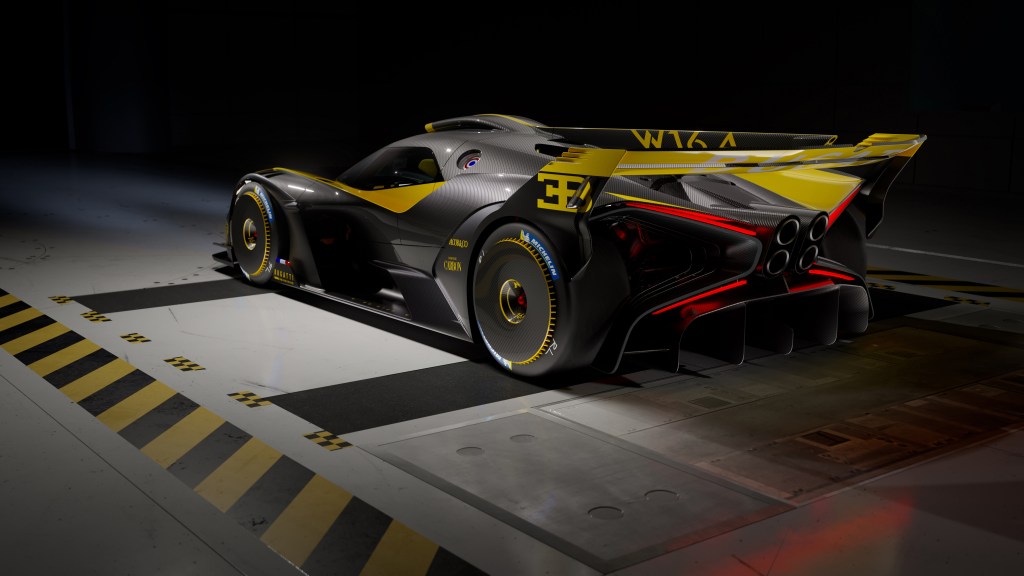 The striking rear view of the track assailant featuring its distinct exhaust pipes and tail lights.

“The Bolide generated a great deal of enthusiasm and intrigue last year. Following its presentation, a significant number of enthusiasts and collectors asked us to develop the experimental Bolide as a production vehicle. I was absolutely amazed by the reactions and feedback from customers from all over the world,” Stephan Winkelmann, President of Bugatti said in a statement. “We are proud to have succeeded in keeping the production vehicle so close to its technical demonstrator both visually and technically while also enhancing the design, quality, and vehicle safety.”

The new Bolide will be in production over the next three years with deliveries slated to begin in 2024. The limited-edition hypercar will be available in a small batch of 40 units for a whopping $4.68 million each. Hey, the racer’s life doesn’t come cheap.