The battery-powered hypercar completed the quarter-mile in just 8.58 seconds at 167.51 mph

The Rimac Nevera may be even quicker than we thought.

Before making its US debut at Monterey Car Week, the Rimac team decided to swing by Famoso Raceway in McFarland, California, and see what its battery-powered hypercar could do. By the end of the day, the EV had become the fastest accelerating production vehicle—and it was all captured on video by YouTuber DragTimes.

The Croatian manufacturer’s electric speed machine may only be a couple months old but it’s already a record setter. During its 11th run of the day (at 19:06 in the above video), a Nevera driven by the YouTuber, whose real name is Brooks Weiselblat, covered the quarter-mile in just 8.58 seconds at 167.51 mph. That number bests the previous record of 9.25 seconds, which was set by the Tesla Model S Plaid earlier this summer, by more than a half second. It also beat Rimac’s previous best quarter-mile time of 8.62 seconds. 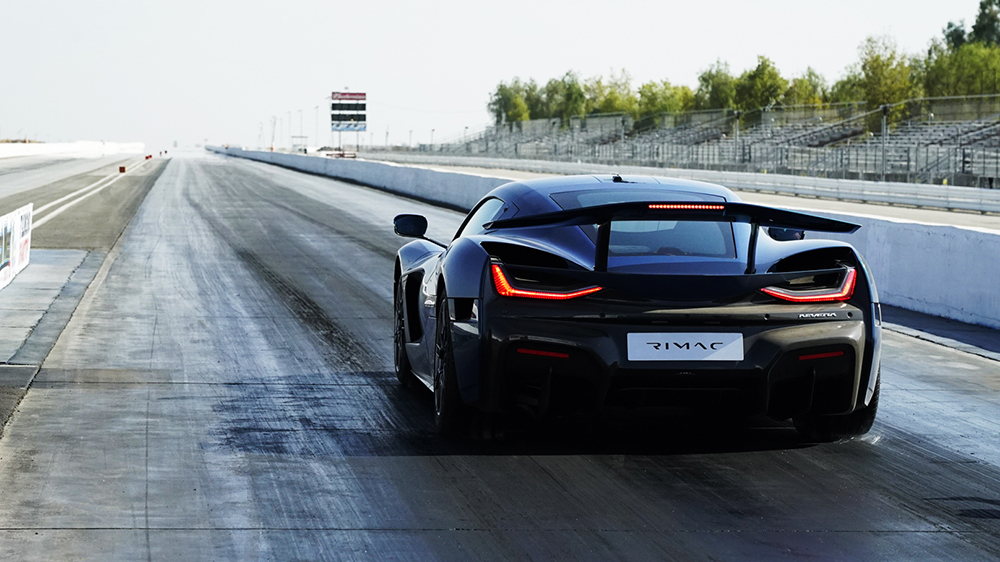 Of course, as tends to be with these kind of things, there’s a not insignificant caveat. The record was set on a VHT-prepped surface, points out Road & Track. VHT is a synthetic resin that helps increase traction. But, any advantage that may have been gained by the raceway’s surface also may have been offset by the set of Michelin Pilot Sport 4S tires the Nevera was riding on. While excellent tires, they’re not exactly drag racing slicks. It’s possible that with different tires the car could have been even quicker.

That the Rimac is capable of such jaw-dropping performance numbers shouldn’t really surprise anyone. The hypercar is powered by a fully electric powertrain with a 120-kWh battery and four motors that can generate 1,914 horsepower and 1,740 lbs of torque. At the time of its unveiling, the brand promised it could go from zero to 60 mph in 1.97 seconds. That and its quarter-mile time are both faster than the Model S Plaid, so don’t be surprised if Elon Musk becomes fixated on the EV in the near future.

Now the real onto the real question, though: can it beat a modified Shelby GT500 in a drag race?