Few taxonomies are as complicated as the classification of Porsche’s venerable 911 sports car, a model line that started as the 901 in 1963 and has spawned an alphabet soup of numbers and alphanumeric suffixes ever since. Many Porschephiles have committed them to memory, like tribal elders who pass on genealogies to new generations in an effort to preserve oral history without benefit of a written language.

Thankfully, Porsche historians have it easier, to the extent that few marques can boast as comprehensive an archive as does the factory. This is surely a reassuring thing for collectors whose memories aren’t exactly steel traps when trying to recall a bewildering number of model distinctions that include CIS, E, GT, GTS, L, MFI, R, RS, S, SC, ST and T, many with a trail of dot-versions behind their series number.

That the single suffix “R” can add a couple of zeros to the value of an early 911 is a fact not lost on collectors, who will have an opportunity to acquire this most prized 911 of them all at the upcoming RM Sotheby’s auction in Monterey, Calif., on August 14. Lot 339 is a 1968 Porsche 911 R, and if ever the overused term “Holy Grail” applies, it’s in the case of this model, limited to 20 production examples (plus four prototypes) built by the factory in 1967. 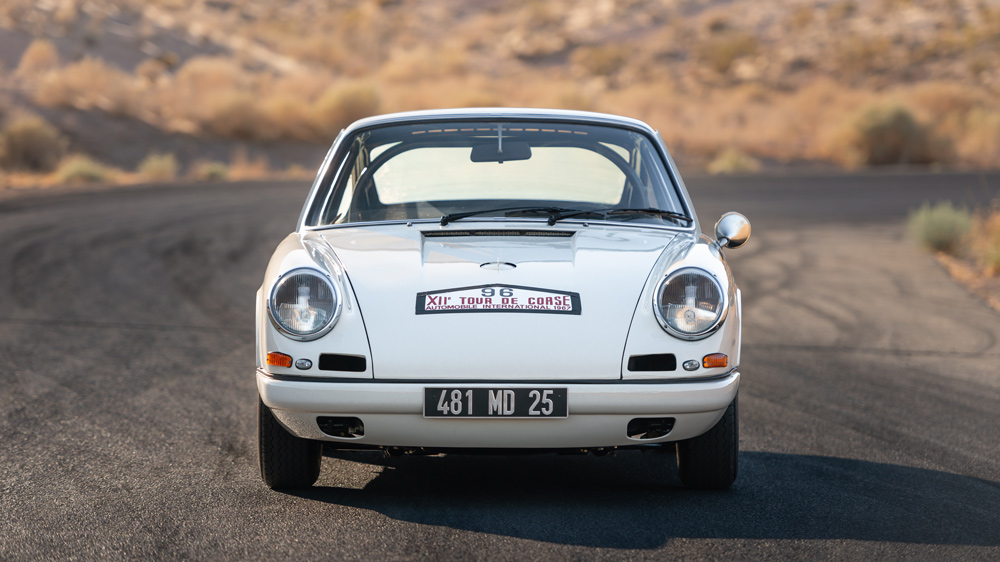 The lightest production-based 911 ever, the “R” is a featherweight made for racing, and the model that has inspired countless clones and whose name was appropriated to christen the 2016 911 R, of which 911 units were produced. Although collectible in their own right, those 3,021-pound modern counterparts are hard to compare with their forebear, which tips the scales at a svelte 1,810 pounds. 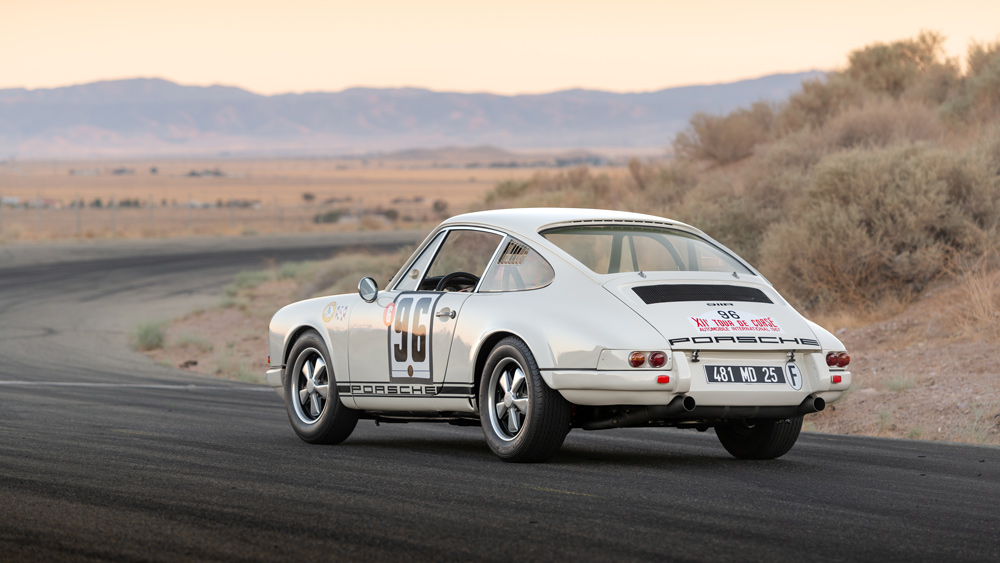 This is one of only 20 production examples of the original 911 R.

While the 911 R resembles an “ordinary” 911 S from the period, the details are what make it a fascinating exercise in weight reduction and performance enhancement. Although using the standard steel body shell, the 911 R has other elements—like the steel fenders, doors, hood, rear decklid and bumpers—replaced by lightweight fiberglass. Plexiglas replaced side and rear glass, and the gutted interior features deep Scheel racing seats and little else. Under the rear decklid, a 210 hp flat-six engine from the 906 race car—featuring a magnesium crankcase in this example—replaced the stock 160 hp engine from the 911 S. 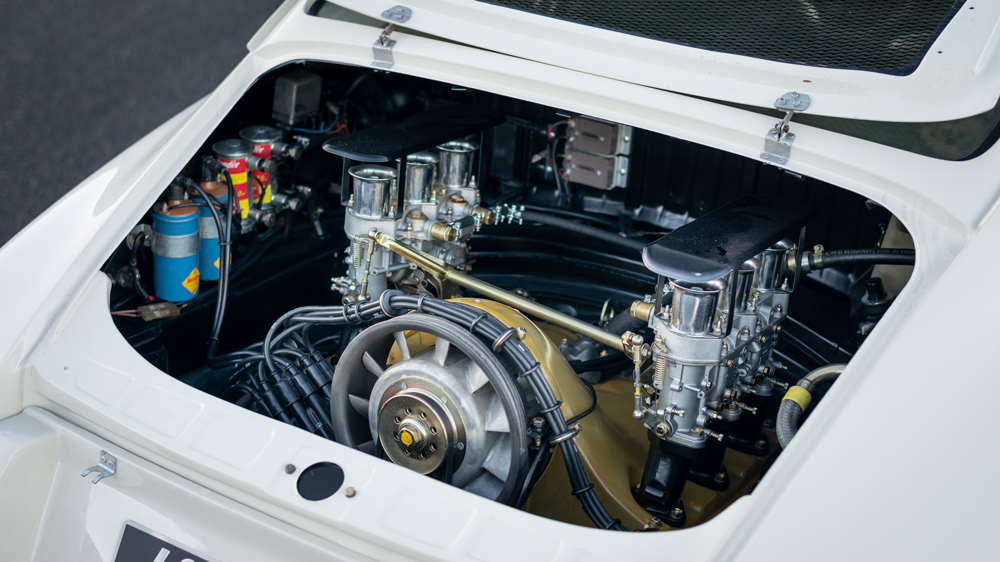 Under the rear decklid is the original 210 hp flat-six engine with a magnesium crankcase.

Complications arose when motorsport’s Fédération Internationale de l’Automobile (FIA) refused to homologate the 911 R as a variation of the 911 S, forcing the model to run in the Prototype class against some powerful opponents. Without a competitive edge, most were sold to privateer racers, with eight of the Rs finding their way to France. 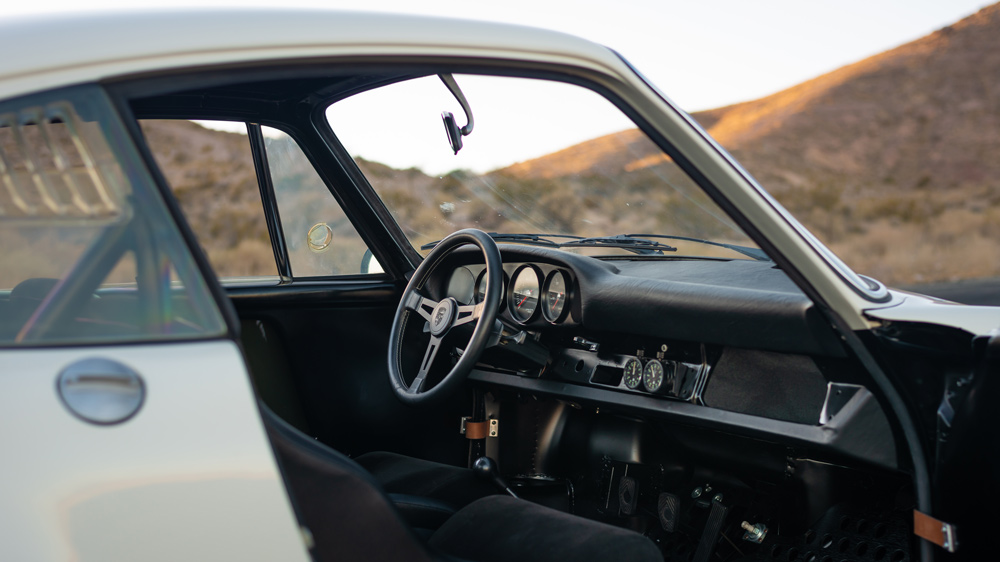 A total of 18 out of the original 20 production 911 Rs were painted Light Ivory, a most handsome color for any 911. Having left the factory in October 1967, this particular vehicle competed in period, beginning with the 1967 Tour de Corse. Chassis No. 006 saw a spate of owners and engines early in its life, until it was acquired in the mid-1980s by a collector who embarked on a restoration, which, like so many well-intentioned endeavors, stalled.

The uncompleted project was sold to another steward in 2002. The fortune of the car changed in 2014, however, when it was discovered by Belgian Porsche restorer and dealer Kobus Cantraine. Establishing that its sheet metal and critical components were intact, Cantraine sourced the original magnesium-cased engine in 2015. With power plant and chassis reunited at last, chassis No. 006 was meticulously restored using new-original-stock parts, and is finished in its period-correct livery. 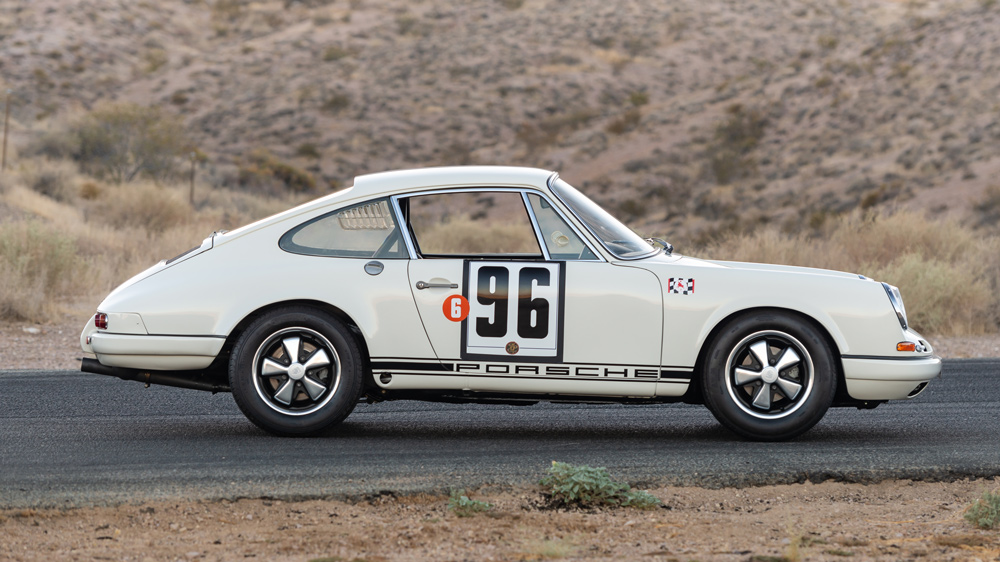 The vehicle’s first race was the Tour de Corse, where it wore No. 96.

This automobile remains one of very few 911 R examples with a numbers-matching chassis and engine, and is accompanied by a Porsche factory Kardex. An estimated value as high as $5.5 million makes the very lightest 911 of them all a genuine heavyweight in the marketplace, and the centerpiece of any Porsche 911 collection.