Co-developed with Manthey-Racing GmbH, the 911 GT2 RS Clubsport 25 will have a production run of 30 cars in total.

Porsche has built some fabulous 911 variants—the most formidable being the 911 GT2 RS. Powered by a 3.8-liter, twin-turbo flat-six, it makes 691 hp delivered to just the rear wheels through a seven-speed dual-clutch gearbox famously known as the PDK (Porsche-Doppelkupplungsgetriebe). While it’s difficult to imagine improving on such a design, that’s precisely the job of Porsche Motorsport. And in collaboration with Manthey-Racing GmbH, it has done just that with the reveal of the Porsche 911 GT2 RS Clubsport 25.

The new release is not a street-legal model but intended expressly for track days and circuit racing. Named in honor of Manthey’s 25th anniversary, the 911 GT2 RS Clubsport 25 is, like the limited-production 2018 Porsche 935 that preceded it, based largely on the GT2 RS Clubsport, but with technical and design touches that distinguish it from the “regular” Clubsport model. 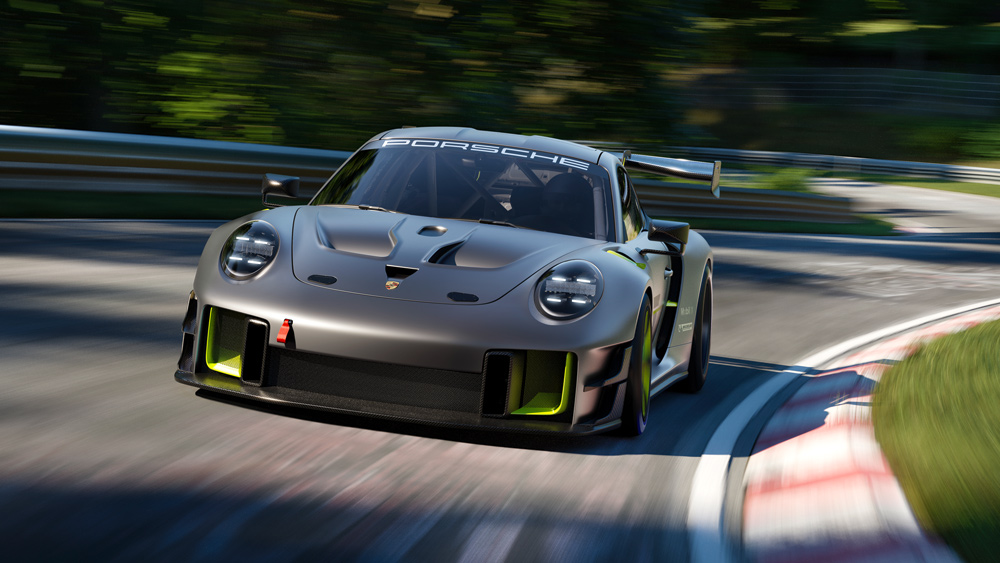 The Manthey team was founded in 1996 by racer Olaf Manthey, and the company has a history that includes seven wins at the 24 Hours Nürburgring. There, Manthey’s 911 GT3 R garnered attention, not just through its performance, but with its distinctive green-and-yellow livery, earning the name “Grello” from its supporters.

The team has been working closely with Porsche Motorsport since 2013 (the year Porsche AG acquired 51 percent ownership in Manthey), and the success of the long-standing partnership is obvious in this vehicle built for competition. 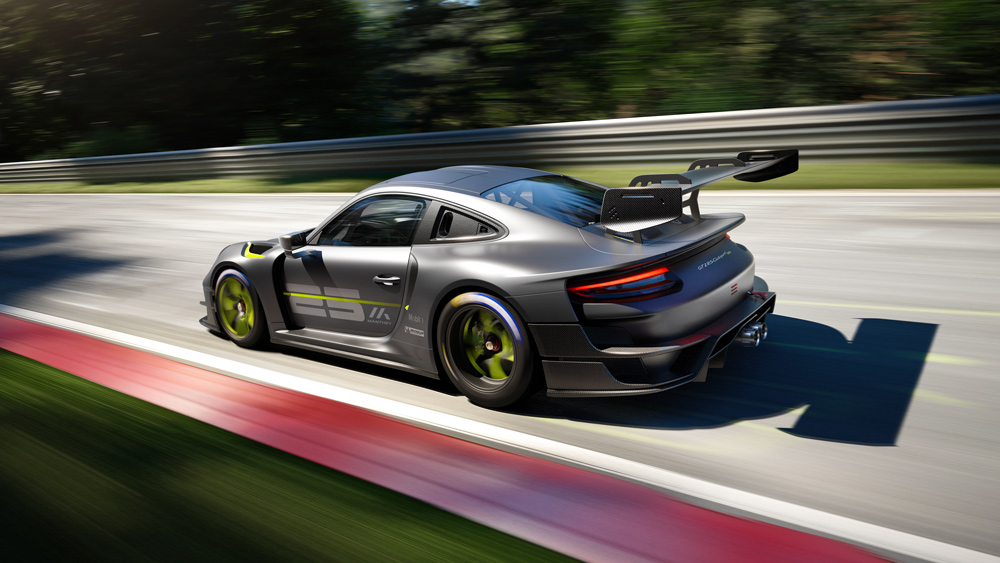 “It amalgamates the respective strengths of each partner into one racing car, and at the same time bridges the gap between the 991 and 992 model generations of the 911,” stated Grant Larson, Porsche’s director of Special Projects, in the marque’s official announcement. In the latter, Larson— the designer of the 911 RSR, 911 GT3 R and the modern 935—went on to give more specifics on how the two companies teamed up, adding: “Manthey contributed the basic concept and the technical ideas, with Porsche providing the final design. We used the characteristic color scheme of Manthey’s ‘Grello’ to specifically highlight certain functional areas of the vehicle.”

Technical underpinnings of the GT2 RS Clubsport 25 are shared with the recent 935, both cars being derived from the GT2 RS Clubsport. A centrally mounted radiator—similar the one used in the 911 GT3 R—optimizes airflow, combined with a redesigned carbon-fiber hood and front apron with a central inlet. Aero accoutrements include double flics on the outside and a closed underbody. A conspicuous center-positioned NACA duct funnels fresh air into the interior, while flared wheel arches channel hot exhaust. 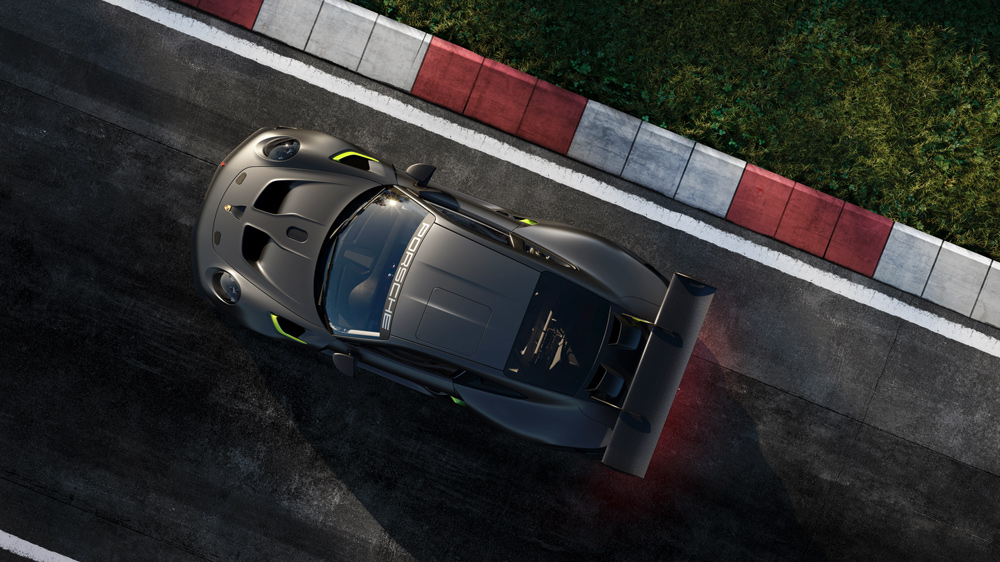 A racer that offers a transition between Porsche’s 991 and 992 iterations of the 911.

A wider track than the GT2 RS Clubsport results from using suspension components in the modern 935, riding on center-lock 18-inch wheels. The business end features a wide rear spoiler and a revised diffuser that highlights a new exhaust system featuring tailpipes that are impossible to ignore. Headlights employ a four-stripe design derived from the Le Mans-winning 911 RSR, but offer improved visibility. Such refinement exemplifies Manthey-Racing’s guiding principle, “Closer to Perfection,” according to Nicolas Raeder, managing director of the team. He characterizes the company’s values as “straightforward and meticulous, flexible and uncompromising.” 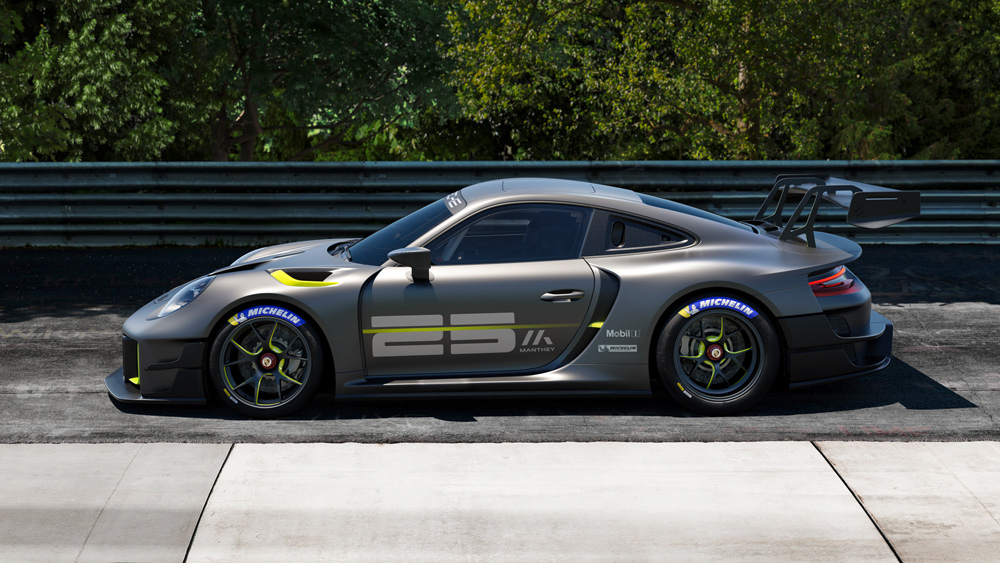 A wider track than the “standard” GT2 RS Clubsport results from using suspension components in the modern 935, riding on center-lock 18-inch wheels.

Understandably, such uncommon perfection is hard to come by. Porsche will make only make 30 examples of the 911 GT2 RS Clubsport 25 and only six will be heading to North America, estimated to arrive in January. Prospective buyers of the race car, which is priced at $620,000 (plus taxes and shipping), can enquire via email at [email protected].