Knocking the Renault Megane RS Trophy-R from the top spot.

The new Audi RS3 is now officially the fastest compact car to rip around the Nürburgring.

With the Four Ring’s trusted driver Frank Stippler behind the wheel, the super sedan completed a full 12.9-mile lap of the famous track in just 7 minutes and 40.748 seconds and set a new record in the compact class.

The five-cylinder pocket rocket absolutely obliterated the previous record set by the Renault Megane RS Trophy-R, shaving off a total of 4.64 seconds from the standing lap time of 7 minutes and 45.389 seconds. 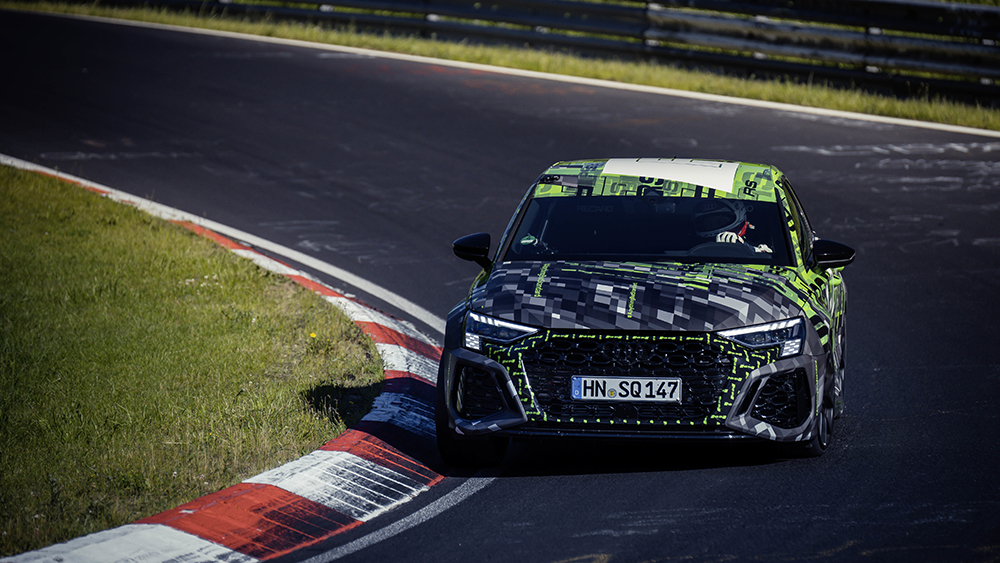 The hot hatch is powered by a 2.5-liter inline five that cranks out 401 hp and 354 ft lbs of torque. This gives the RS3 the ability to soar from zero to 62 mph in just 3.8 seconds and reach 155 mph at full tilt. Add the optional performance package and that max speed jumps to a blistering 180 mph. The marque claims the RS3’s power and acceleration are best in class.

The RS3 is also the first Audi to get a torque splitter, which controls the amount of torque sent to each rear wheel. During tight corners, the splitter sends the most power to the outer wheel with the higher load. This means the small but speedy sedan turns into corners with precision and can also accelerate out quickly, which results in faster lap times. 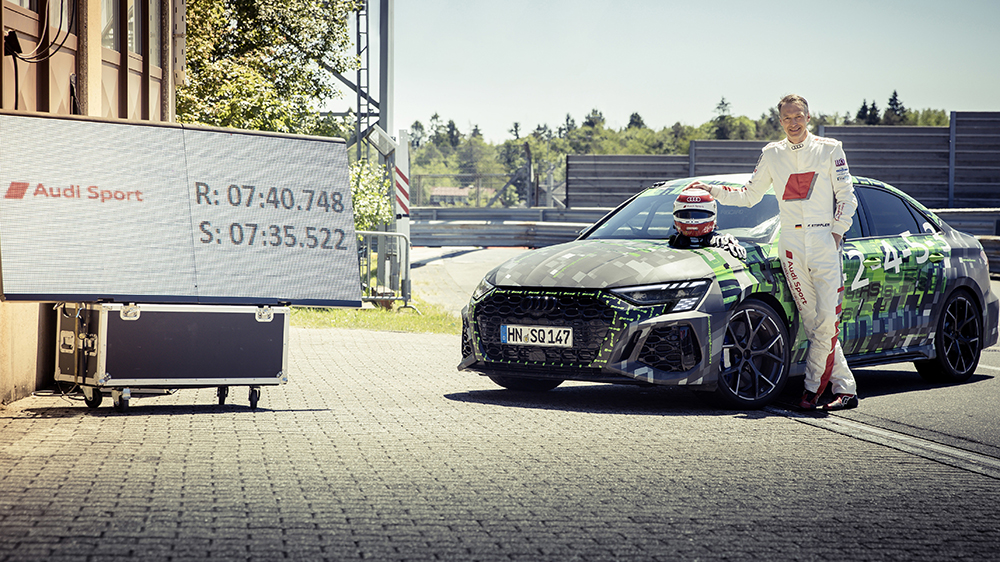 Frank Stippler with the Audi RS3 after his record-breaking lap.

“In general, the new RS3 is much more agile when driving from the middle of the curve to its end and when accelerating out of the curve,” Stippler said in a statement. “For me, the torque splitter is a quantum leap in terms of agile driving.”

For the run around the Green Hell, the RS3 was equipped with a proper roll cage and racing seats, along with Pirelli P Zero Trofeo R semi-slicks. Stippler and his team also carefully adjusted the tire pressure as per the track conditions. 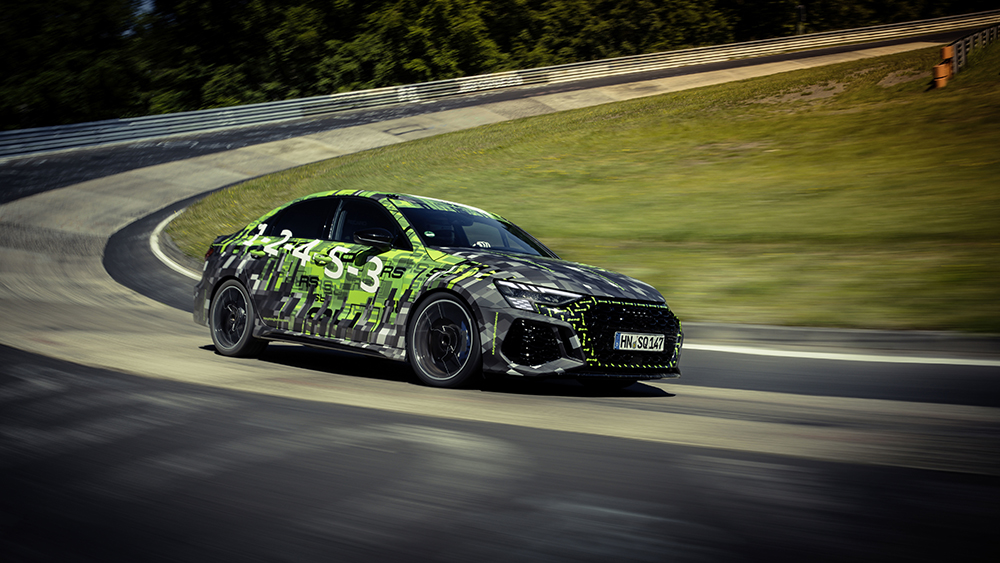 This RS3 is now officially the fastest compact car to grace Nürburgring.

“We don’t have unlimited opportunities to try for a record like this,” added Stippler. “That’s why a little is always necessary on the day when it matters—particularly with respect to tire pressure, because that also affects how the torque splitter functions. We succeeded. It was a triumphant day all around.”

You won’t have to wait too long to get behind the wheel of the record-breaker, either. The 2022 Audi RS3 will roll out this fall. While US pricing has yet to be announced, the super sedan is already available in Europe and starts at €60,000.

As the second drop of his upcoming HAPPYSEXYLOVEPOTION EP, Bukky Sky has dropped “Your Flame,” a…