Sadly, it appears the limited-edition 4X4 will only be available in Australia.

Toyota is celebrating the platinum anniversary of the Land Cruiser in style. Down under, at least.

The Japanese automaker has just announced an exclusive Land Cruiser 70th Anniversary Edition variant for the Australian market. The special model has a boxy exterior and heritage-inspired design flourishes that call back to the iconic 4X4’s rich past.

While the rest of the world—besides the US, of course—eagerly awaits the release of the new 300-Series Land Cruiser, Australians are still gladly buying the 70-Series iteration that was first introduced in 1984. The new 70th birthday variant is based on that generation’s GXL model. That means its boxier than most modern-day Land Cruisers. The boxiness may be old-fashioned, but it’s also so much more charming than the generic curves you see on so many other current-gen SUVs. 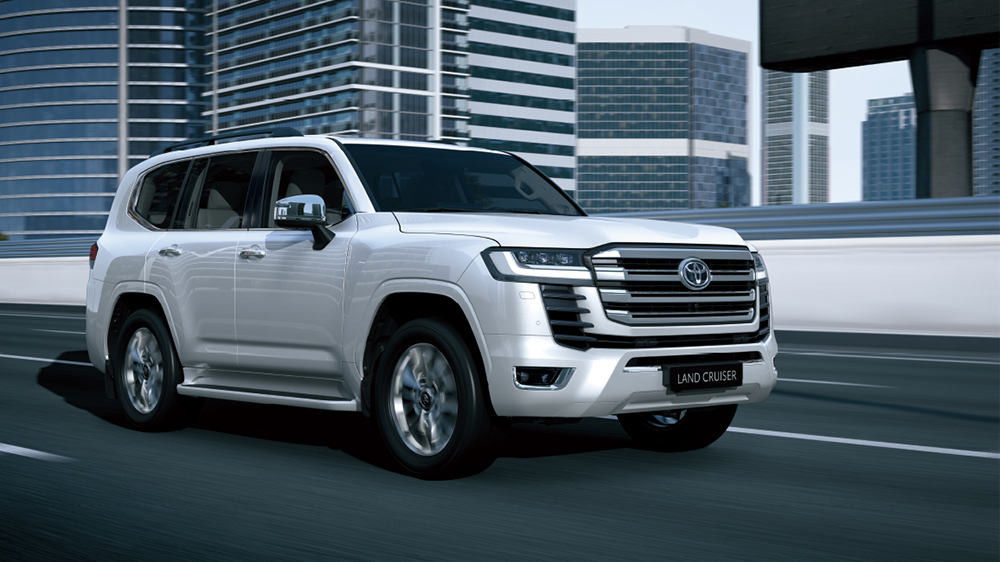 But there’s more to the new variant than its classic shape. The front has been given a nice little makeover. There’s an all-black grille that features the Toyota name in silver, instead of the brand’s logo. The bumper, headlight bezel and fender flares are also black. Completing the exterior modifications is special badging and a set of black, 16-inch alloy wheels. Inside, the interior’s been done up in black, with the exception of wood trim on the dash and on top of the steering wheel. The rest of the wheel is wrapped in leather, as is the gear shifter, and there’s even more special badging, including a plaque on the center console.

Underneath the hood, you’ll find 4.5-liter turbodiesel V-8 that generated 203 horsepower and 317 ft lbs of torque. You won’t be setting any speed records in the 4X4, but the engine is more than capable of conquering the outback, which is where Toyota actually tests the Land Cruiser. And, in news sure to warm the hearts of enthusiasts the world round, the variant is available with one transmission option: a five-speed manual.

The 70th Anniversary Edition starts at $58,000 and will go on sale in September. Toyota will build just 600 examples. Of that number, 80 will be wagons (pictured up top), 200 will be single-cab pickups and 320 will be double-cab trucks. As of now, it’s only been announced for the Australian market. That’s disappointing, but something that American Land Cruiser lovers are getting used to.