If you’ve ever wondered what a truck from the luxury marque might look like, here you go.

Bentley may have branched out and released an SUV last decade, but that doesn’t mean the marque will be developing a truck any time soon. Maybe that’s why one British petrolhead decided to take matters into their own hands.

A Flying Spur owner in the UK recently commissioned DC Customs to turn a luxurious sedan into a glammed out El Camino-like truck. The outlandish custom ride isn’t just for show, either. It’s was designed and crafted for daily use. 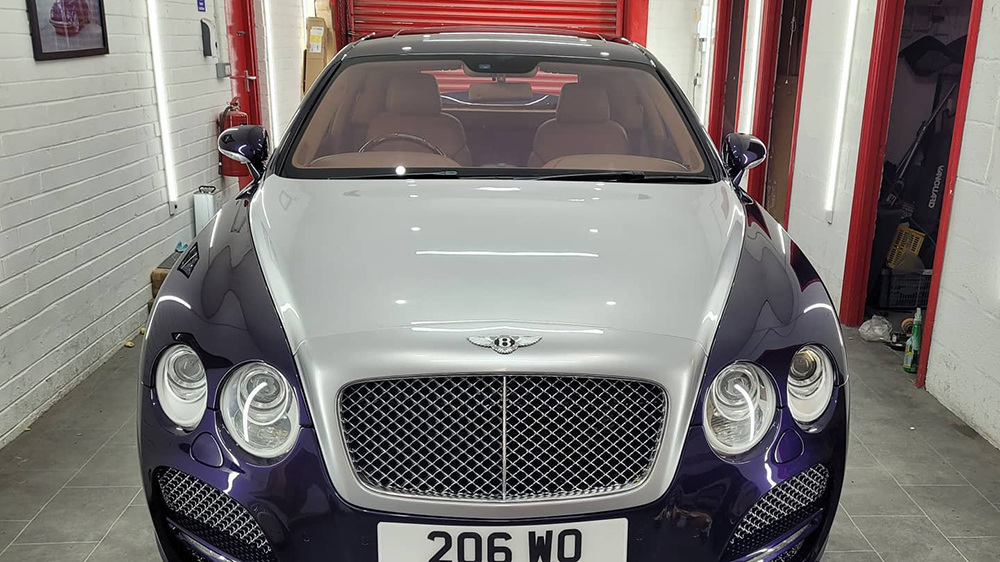 The one-of-one truck conversion is named Decadence, although we can think of a few other names for it. While it’s unclear whether the car wa inspired by the El Camino, there’s no denying that it looks like a modern-day take on Chevy’s classic coupé utility vehicle. From the front, it looks much just like the standard Flying Spur, even though it has been outfitted with a custom bumper, splitter and headlights, which have the Bentley logo etched into them.

Once you get to the B-pillar, the two-tone vehicle undergoes a radical transformation. The second set of doors and row of seats have been done away with, while the back half of the cabin and truck have been hollowed out, as shown in a video walk around. What’s left has been turned into a surprisingly elegant truck bed lined with wood, just like the deck of a yacht. The side of the vehicle has been equipped with a skirt and the suspension adjusted to low rider levels to complete the look. Think of it as the mullet of luxury vehicles: business in the front, party in the back. It won’t be for everyone, but there’s definite charm to it.

So, what does Bentley think about the converted Flying Spur? Robb Report reached out to the marque for comment, but hadn’t heard back as of press time. As interesting as the custom vehicle may be, it’s hard to imagine the the automaker is scrambling to design a truck of its own.

As for how much the Flying Spur truck cost, DC Customs isn’t saying, though the shop did call it one of its “biggest builds and biggest challenges to date.” The base Flying Spur—if a base Bentley can be said to exist—starts at $230,000. With all the work necessary to turn the stately saloon into a truck, we imagine the total price was far north of that. We also imagine that the owner couldn’t care less.

Check out more photos of the Flying Spur pickup truck below: 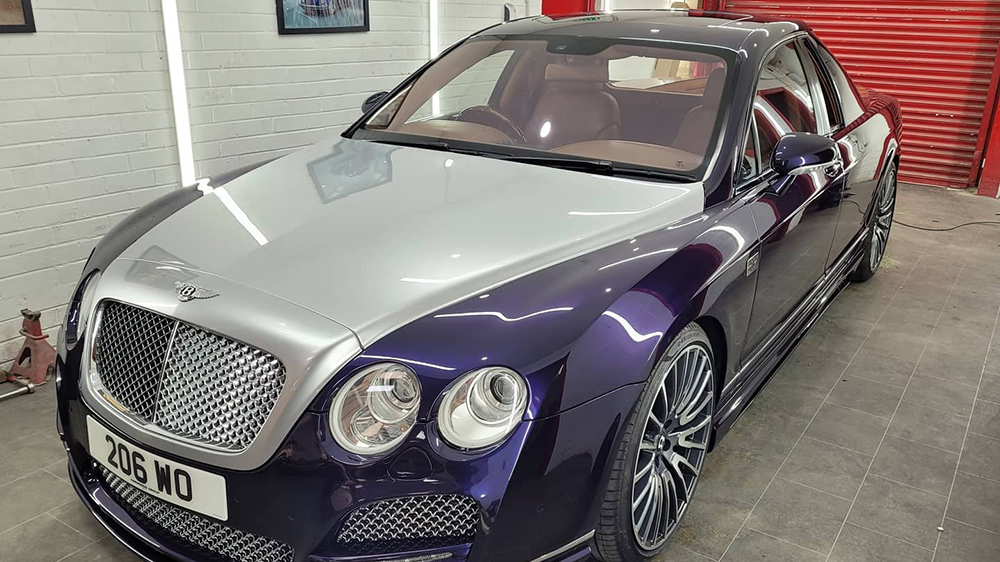 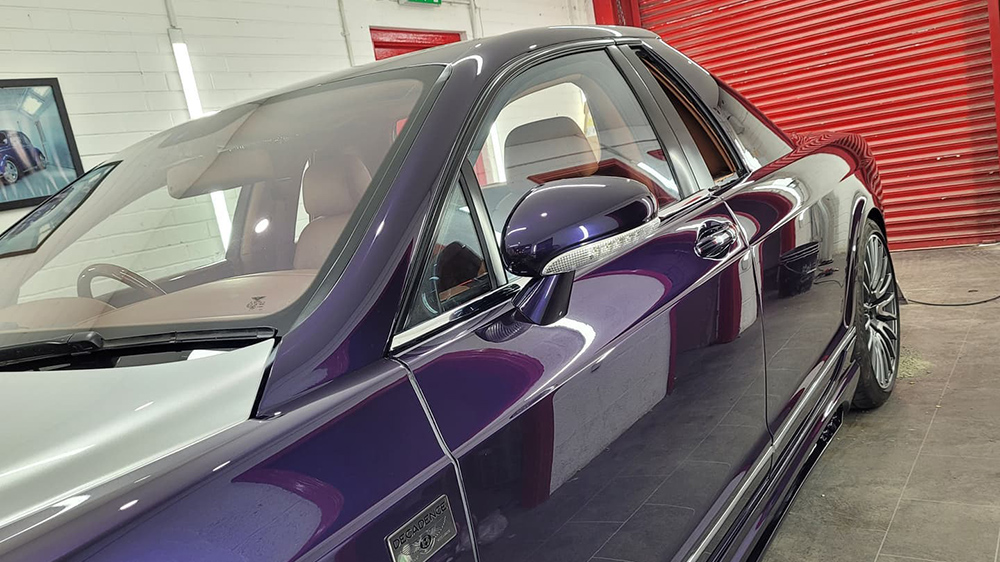 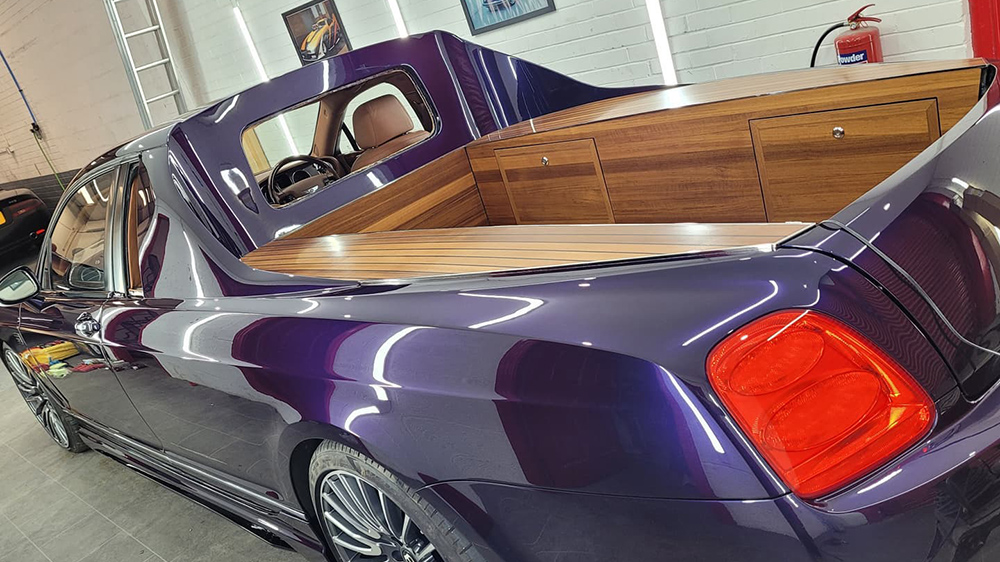 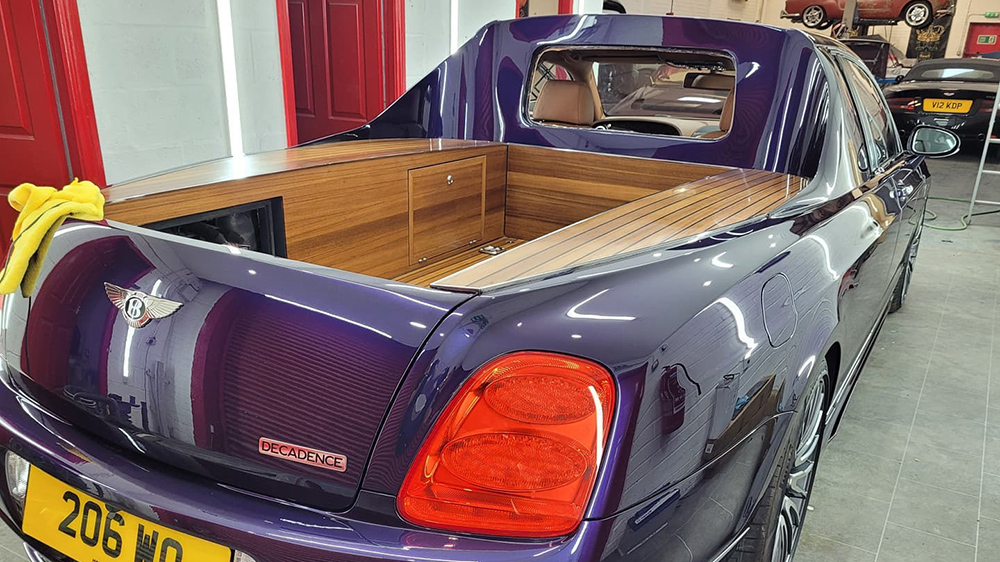